by Khyle
in News and Announcements
Reading Time: 2 mins read
28 0 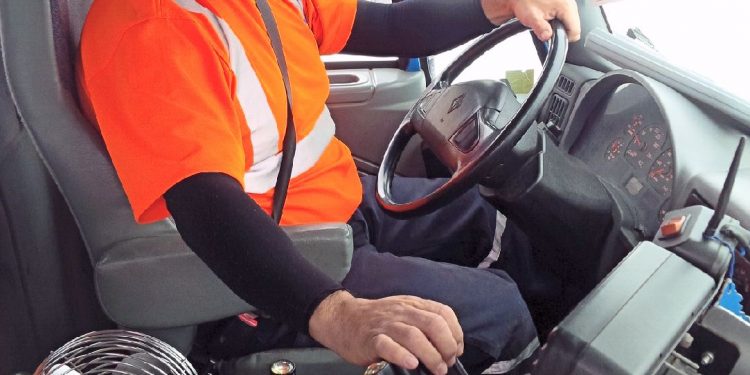 When a winter stor

m system passes through Cornwall, Gary Swenson gets the call.

Mr. Swenson is an experienced snowplow operator with the City of Cornwall, working on the front lines to help the city remove the snow after a big storm arrives. That was the case once more on Wednesday, March 2nd as Mother Nature dressed Cornwall in another blanket of snow. On this particular day, Mr. Swenson was operating his familiar snowplow on a route that includes a number of quieter residential streets in the Sunrise Acres area.

“I remember being a kid and watching the plows go by. Now it’s my job,” said Mr. Swenson with a grin as the giant snowplow truck rumbled along.

After 15 years on the job, operating a snowplow has become

second nature to Mr. Swenson. But it’s far from child’s play. There are a myriad of real and potential obstacles that create challenges for the operator along the way. There’s vehicles parked on the street, curbs, trees, signage, pedestrians, oncoming traffic and even the weather itself. All the while, Mr. Swenson and other snowplow operators need to be mindful of snowplow blade positions, turning radius’ and other equipment-related matters while out on their routes.

“We have to really be on the ball,” said Mr. Swenson.

In addition to those factors, snowplow operators must also deal with the challenges that come with being on the roads. This includes occasionally encountering motorists who may not be as cooperative when it comes to sharing the road. Cars parked on the street – especially ones directly across from one another – presents another big challenge and leaves the operator with little choice but to slow down and alter their plan. There are also residents who grow frustrated when the plow passes and covers the end of their driveway in snow. Mr. Swenson certainly understands their pain.

“I have to go home too at the end of my shift and shovel out myself,” said Mr. Swenson, who is careful to lift the plow blade if and when possible to ease the burden on homeowners.

With over 275 kilometres of roadways and 175 kilometres of sidewalks to care for in Cornwall, digging out after a storm can be a very challenging and time-consuming task. However it is made much easier with the support of the public.

“The biggest thing (residents can do) to help is to give respect and to share the road,” said Mr. Swenson. “It’s a difficult job and we need space to operate the equipment properly.”