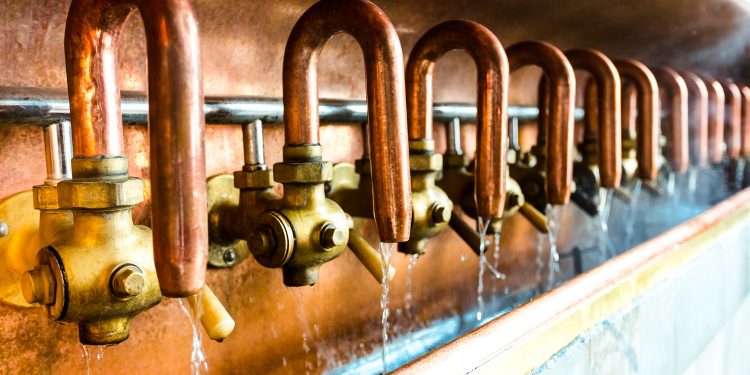 NG PURE HOPS’ … is not a reference to any cute Bunny as it hops over the snow or in a garden! ‘Taking pure hops’ is one of the most venturesome business a wonderful couple from Williamstown decided to begin in this area and proceed to hop forth to Vankleekhill and work hand in hand with the owner of Beau’s All Natural Brewing Co.

When Stephanie Jaworski and Ron Brennan decided to create a business for themselves by transforming a farm land they had purchased in Williamstown – they decided to start growing organic hops.  Neither had any experience or expertise in this area … but they had a dream to achieve an amazing organic-hop-growing business.  They allowed their free enterprise spirit (which is within all of us) to have full freedom to proceed towards this dream-goal.

From an opportune tour of Beau’s All Natural Brewing Company, they were inspired to establish Old 4th Hop Yard in 2010, while focusing on their other future goal of supplying Beau’s brewery with their organic hops.  In 2013, they gained their organic certification.  At the present time, they have 4 acres in production and 4 more are going to be added. They actually have the largest organic hop yard in Eastern Ontario, and the 2nd largest certified organic hop yard in Canada. And…they are successfully selling their organic hops to Beau’s Brewery!

When the workshop started, during the Canadian Organic Growers “Eco Farm Day 2016: From Soil To Table” which was held at the Ramada Inn, Saturday, February 20th, many of us became totally fascinated with this couple’s drive to making a success in the world of hop!

At the same time, we became as amazed with the special force that directed Jeff McCauley and his father, Tim, to open up an all natural brewing company using only organic hops and other herbal ingredients. Jeff has broken through the established modern corporate ways of making ale and beer. He and his father are proceeding to use only organic hops, malt, herbs, spices, roots, fruit and everything else the creative brewers at Beau’s need to keep their beer flowing…and it is flowing well as demand for their pristine products become more well known.

Although the business was launched only on July 1, 2006, the Beau beers are available at LCBO liquor stores and throughout Eastern Ontario, as well as to some select Quebec locations. On March 2014, they began exporting to the State of New York.

Being a newcomer to Cornwall, I was so fascinated with these Individuals’ achievements in an area that few people would think of venturing into.  In addition, since I am a 100% proponent of the Free Enterprise System and a dedicated admirer of small business entrepreneurs, I felt that We the Eco-Conscious People right here in this area can lead many others to creating wonderful businesses and at the same time treating our land, our Earth, our Home with total respect … just like Stephanie, Ron, Tim and Jeff are doing!  Let’s toast these wonderful entrepreneurs who are making the organic Beau’s Beers and with healthy organic hops!