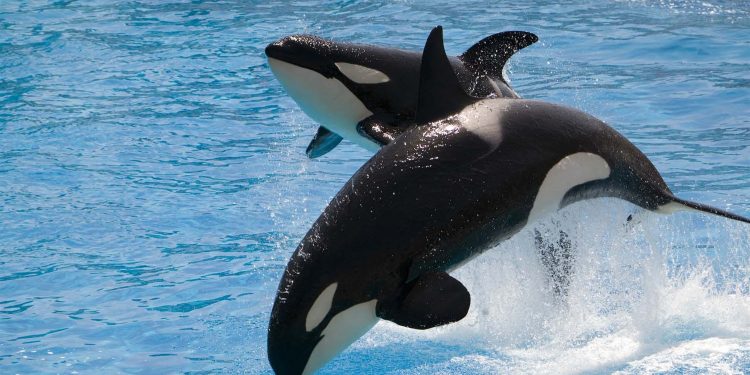 For the Healthy Survival of all Marine Life on Planet Earth.

During the Spring/Vernal Equinox, March 20, 2016, the creation of a worldwide organization came into existence, and it is known as: THE ECO-OCEANS CUSTODIANS’ COUNCIL (EOCC) whose active Members are to be from every Nation on this Planet Earth. This organization has as its emergency mission the responsibility to ensure: the Healthy Survival of all Marine Life on Planet Earth.

The reason for its creation is due to the increasing atrocities caused by worldwide military war-endorsers  who ruthlessly kill, poison, pollute, and ignore completely the Divine Rights of All Marine Life to live and enjoy healthy waters.

The EOCC’s mission statement is in its first draft form. Through the EOCC,  Individual Members have the Innate, Divinely Given Power, to investigate every military manoeuvre taking place in the oceans, the lakes, the rivers of OUR HOME: PLANET EARTH.

The Members are COMPASSIONATE, ECO-CONSCIOUS, PACIFIST INDIVIDUALS.  Their past actions, position in their communities, as well as their proven environmental courage and successes permit them to become EOCC Custodians. There are also going to be Individuals from eco-legal organizations, independently owned multi-media, independent researchers promoting new, humane inventions, and others who have a proven record of being active custodians of the marine life, and also of the many other creations of Nature.

The Members of EOCC are going to ensure that many new forms of paid employment, and new forms of eco-stock markets, are going to be available to those who are quitting forever their involvement in wars … in the killing fields for monetary reasons …, and for the egocentric passion to maintain power over others, including the atrocious utilization of humans to be used as unpaid workers in the most dire occupations.

The Members of EOCC are going to be free to safely investigate every government public properties: aka federal lands, without being harassed, since the governments are the SERVANTS OF WE THE PEOPLE … THE TAXPAYERS.

The Members of EOCC are going to have to be represented at every Bilderberg Group conferences and be allowed to enlighten those members about the Divine Rights of the Marine Life to enjoy Clean Waters and Safe environments at all times. The Members of EOCC are going to work towards the dismantling of EVERY WEATHER ENGINEERING TRANSMITTERS from the HAARP Transmitter in Alaska to all others in the world. The use of manipulating tornadoes, hurricanes, tidal waves, enormous snow storms is to be stopped immediately due to the dangerous effects on the marine life … and = human life!

The Members of EOCC are going to form judicial centres where those groups of men who persist in polluting, harming, dumping, testing bombs and setting off sonic devices are going to be judged by Eco-Conscious Lawyers and other related members.  Full publicity of their crimes will be made available, and the legal processes will be made public.

The Members of EOCC are going to always operate and communicate openly as opposed to the present ongoing patterns of secrecy … behind We The Eco-Conscious People’s back!

The Members are not government employees, nor affiliated with any military groups, hard drug organizations, pharmaceutical/chemical organizations, multi-national agricultural corporations such as those involved in the harmful production of genetically engineered crops and seeds, as well as the toxic run-off and often deadly spread of their herbicides, pesticides, fertilizers into the waters of the marine life.

The Members are joining EOCC because of their environmental desire to enlarge this worldwide organization and to promote this 21st Century Human Modes of Action to ensure the Divine Rights of the Marine Creatures to enjoy clean,healthy waters,  and also for all dwellers on this Planet Earth:  OUR TERRESTIAL HOME!

The Members of EOCC are going to safely supervise and ENSURE THE END OF DUMPING ALL KINDS OF TOXIC WASTE AND GARBAGE IN THE OCEANS, LAKES, RIVERS OF THE WORLD … from ocean cruisers, military vessels to municipal governments. The

Members of EOCC are going to ensure that no military undertakings throughout the world, as well as along the West Coast of the United States and Canada, are going to carry out dangerous electromagnetic experiments in the Ocean, nor to use 235 decibel mid-frequency active sonar that are absolutely deadly to whales and all other marine life.  p.s.: In the cities, any decibel count over 10 is illegal!  At 235 … it is very obvious why so many sea creatures are found dead and bleeding. Their Divine Rights to a Health Environment are  totally disregarded by:  Ego-centered men.

The Members of EOCC are going to assist the Independent Researchers who already have available for We The People of the World clean, cool Energy Systems that utilize the infinite Aetyr/Ether aka cosmic free energy which is available and has always been available everywhere in the Infinite Cosmos. This technology, although it will  replace the very destructive fossil fuels, oil, petroleum, natural gas, coal, nuclear, hydro-electric,  will allow humans in all parts of the world to always have an immediate supply of clean, cool energy for all their home, agricultural, industrial needs. It is also going to end the endless disasters and cruel deaths of our friends, the Marine Life.  It is also going to allow us, humans,  to move forward into outerspace due to the ability of Aetyr Energy being available anywhere and anytime in Space.  The amount of job opportunities are endless.  Please check out:  Elon Musk, Co-founder of Tesla Motors, and Founder and CEO of Space X’s, as a confirmation that new ways of utilizing energy can provide work for many.

It is a good idea for everyone to note down and share the words of Robert Curl who received a Nobel Prize in Chemistry, and who is a Professor at Rice University, U.S.A.:  “When people had been getting along as things were for millenias, it takes great effort to convince them that their lives will greatly improve by choosing the new.” Taken from his speech at the Tesla Organization in Sorbonne University, Paris, France. His reference is directed to the manner people reacted to the trains, the cars and other modern inventions which when initially introduced caused many to shriek and pull their hair in fear of these new inventions.  It is interesting to see a parallel between the primitive savages who react with fear when observing one of our planes or wireless phones and the modern physicists, engineers, et al., who not only fear Aetyr Energy Systems but proceed to passionately deny, denounce, fear that it can ever be a working reality!

Those EOCC Members who are going to be represented at the United Nations Security Council are those who HAVE NEVER PARTICIPATED IN ANY WARS  such as members of the Hopi Nation, the Mayan Elders, the Hunzas, the Dalai Lama, the International Council of 13 Indigenous Grandmothers, and many other Wise Eco-Pacifists.

It is important as a starting point for the Readers to visit this web site which lists the multitude killings of the Marine Life:

The Founder of EOCC, Countess Trottier-Trotzier, has successfully initiated a program in Florida referred to as: DON’T BE A LITTER BOAT. This message was printed for over a period of  ten years on the back of every annual decal making vessel owners become aware to be consciousness owners of boats and to ensure their litter did not end in the ocean and the waterways.  If you are interested in becoming an EOCC Member, please call me at: 613. 360.2376.