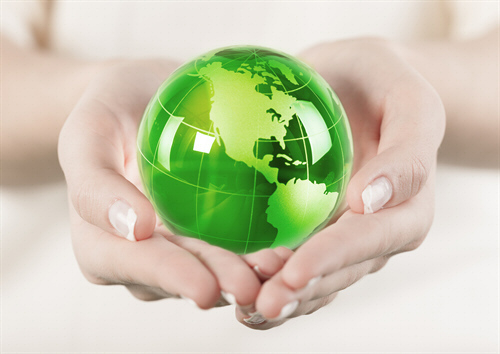 Countess say: Life brings along many different experiences.  In the world of the medicine women and medicine men, they are always prepared to witness unexpected health problems and then proceed to learn how to deal with the situation so as to heal the person and then to be of help to others.  Since becoming a herbalist and organic gardener, I have accepted to live in accordance with the ways of the medicine women.  I am going to share with you my discoveries and attempts to find solutions to the problem encountered.

About five years ago, I heard for the first time, someone say, “I’m having a panic attack.” I thought she might have had a recall from a frightening film she had looked at the night before.  She was the daughter of the man who was driving the car.  He looked very concerned but said nothing.  From that moment, I kept hearing more and more people making some reference to this strange thing they referred to as ‘panic attack.’  Then suddenly a couple of weeks ago, I became a victim of this sordid problem.  During the ‘panic attack’, something invisible grabs your throat and makes it very difficult to breathe.  There is also a nervous vibration along your upper chest area which reaches down into your solar plexus which is known as your gut or your second brain area.  In more technical term it strikes where your sympathetic and parasympathetic systems join to cause you to cry suddenly, or to cringe in fear, and to feel utterly weak.

When such a mental-body ‘eruption’ occurs, and breathing is very difficult, you wonder what is going to happen.  Even the process of walking becomes something like climbing up  Mt. Everest … when you have barely any oxygen available.

Due to my scientific mind, I went back into time to find out what I might have eaten to set this off. That was my first step and the discovery is in the process of changing many of my eating habits, and also trust in the governments and the multinational agri-chemicals such as Monsanto.  I found that I had eaten some whole wheat bread and decided to stay away from my favorite food: sandwiches.  It took two days before I started to feel somewhat better.  Then I made another whole wheat sandwich.  Within minutes, I started to feel I couldn’t breathe, my heart began to vibrate very quickly,  my gut area felt it had just exploded from some internal inflammation:  the ‘panic attack’ symptoms had come rushing back.

Due to our wonderful encyclopedic google, I started reading up on “wheat” and discovered that many people refuse to have anything to do with this grain because of its gluten. When I found out that wheat is also genetically engineered and it is grown with glyphosate found in Round Up’s herbicide, I knew that the ‘panic attacks’ were the results of being very sensitive to this toxic GMO wheat.

Eating GMO wheat is also causing many people to become mentally depressed as a result of enduring these long, debilitating days of suffering especially the painful inflammation that develops in the gut – our second brain area which is directly connected to our ‘head brain’.   When a problem occurs in the gut (which includes our sympathetic and parasympathetic systems) the immediate messages are sent up to the ‘head brain’ telling it that there’s a serious problem and this creates fear due to not knowing what to do.

Due to the lack of holistic, intuitive healing in the West, except by the Native Americans, and a practise done for thousands of years by the Ayurvedic Healers, such a serious and debilitating health problem like ‘panic attacks’ are not understood by today’s medical practitioners.  They understand that allergies can develop, but allergies to wheat and especially GMO wheat is difficult for them to comprehend since they are not trained for these ‘Monsanto-age’ problems.

Since more and more people are becoming victims of GMO foods and their unhealthy influences, the government/servants of the people, the agri-chemical and the pharma-chemical multinationals need to become less ego-centered.  We the Eco-Conscious People must remind them that they DO NOT HAVE A RIGHT EVER TO MAKE PEOPLE SUFFER!  They have to become sensitive and compassionate to the sufferings of others especially since THEY ARE THE CAUSES OF THE PROBLEMS!  At the present time, when someone wants to buy such foods as: bread, cereal, crackers, cookies … they discover that wheat … GMO wheat is found in all of them.  The control of our health by those ignoring the pains they cause have to change:  Now!  We must also be free to produce foods that are healthy and not laced with privately-owned laboratory synthetic chemicals.

While watering my plants on the balcony a couple of days ago,  I witnessed such a sad moment caused by this latter group of people.  A mother was briskly walking back to her home after having had to pick up her child.  While attempting to keep pace with her impatient mother, the young daughter who was 9-10 year old was sobbing in pain.  I could make out, “It hurts,” and she was holding her hand to her stomach.  “Please stop!  I can’t breathe!”  The mother must have witnessed this reaction of her daughter a few times before and who had been improperly diagnosed as, “She’s very nervous and high strung,” or whatever futile comments.  I felt so sorry for the little girl who was very likely suffering from a horrid panic attack.  And … I wished so much to turn into a Super Medicine Woman with a blue cape flying in the wind, land in front of the little girl and just hold her tight to my heart while healing her, and sharing with her mother the knowledge about GMO wheat and other similar effects caused by eating these unnatural man-fabricated toxic products.

I hope that this brief account regarding the seriousness of panic attacks, and their frequencies, is going to help parents to understand what they themselves might be experiencing. I also hope that young children and teenagers are going to be helped by having the adult world stop producing such unhealthy and stress-causing foods such as GMO wheat.

The opinions and statements in this column are those of Countess Trottier and not to be presumed as the statements and opinions of The Seeker.

MICHEL PAGLIARO ... Last Week I Interviewed Him ... then I got to meet him!