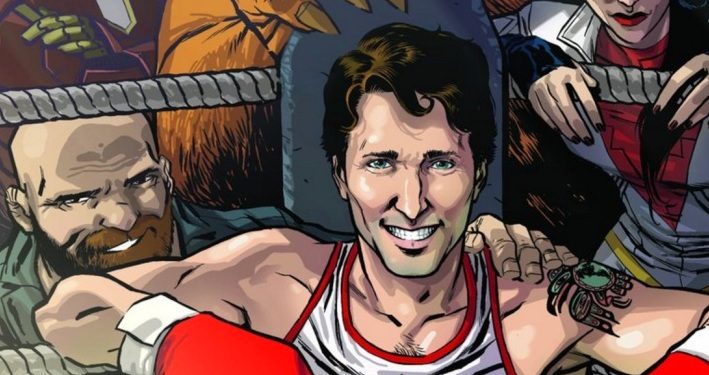 Cornwall Ontario – Comic book fans and Liberals alike might want to pick up a copy of the Marvel ‘Civil War II’ Variant issue No.5 which depicts Prime Minister Justin Trudeau adorned in patriotic red and white boxing gear on the cover.

“For those of you interested in copies ($4.99 each), Fantasy Realm will have them when they are released on August 31st. Please call to reserve copies and avoid disappointment,” says comic store owner Randy Sauve.

31 things to do in Cornwall if you are broke AF