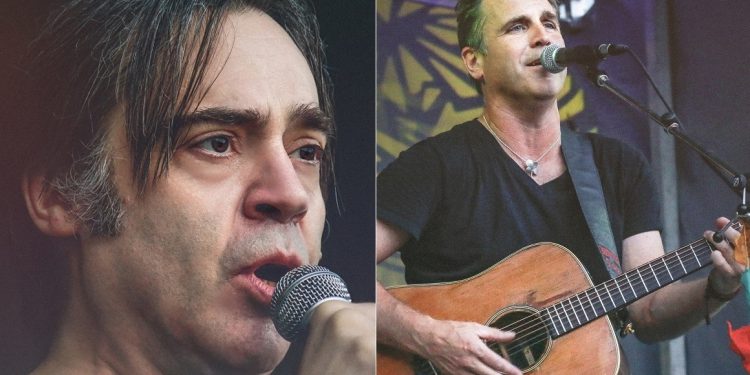 The official announcement party took place Friday night at the Jet Set Pub. The music lineup for Musicfest was announced by Dan Allaire and Bill Halman of Boom 101.9 FM.

Those in attendance were delighted to hear about this amazing line-up, and that there will be 12 bands and three different stages.

Sean McCann was a founding member of Great Big Sea, a band that has sold millions of albums, has countless hit songs, and has toured around the world. He retired from Great Big Sea after their 20th Anniversary Tour. Since then he has been playing solo, and he released a 2014 album entitled “Help Your Self” produced by Joel Plaskett.

While Brad Roberts is best known as the lead singer and guitarist of the Juno Award winning band the Crash Test Dummies. His iconic baritone vocals are rememberable on such hit songs as “Mmm Mmm Mmm Mmm”, “Superman’s Song”, and “The Ballad of Peter Pumpkinhead”. The album “God Shuffled His Feet” sold over 10 million copies and hit #2 on the Billboard charts in the United States.

Award winning blues musician Paul Deslauriers, who recently had a CD release party and who appeared on the cover of last years Cornwall Living Magazine, will also be headlining the festival.

Musical entertainment was provided Friday night by Mandee Woods who played a set at the announcement party.

Tickets for Cornwall Musicfest are $30 in advance or $40 at the gate the day of the show. The event is licensed and 19+, and alcoholic beverages will be permitted throughout the festival site.

Agree to disagree : Giving back to my community