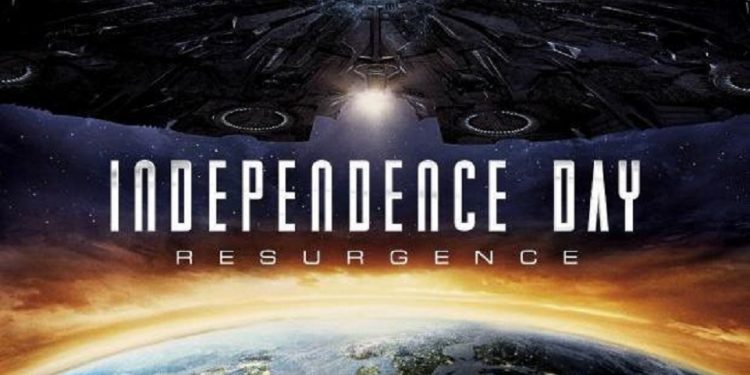 Bigger doesn’t always mean better.  If anything, in this case, it makes the story line less believable.  Then again, alien species invading our planet to suck up earth’s core, use up all resources and annihilate mankind isn’t exactly believable in the first place.  When selling the sci-fi genre, it helps to keep things somewhat realistic, for example, by making sure aliens are not much bigger than human beings.  I mean, come on.  We need to be able to relate!

When spaceships fly in to cover up just about one third of the entire planet and the big boss alien turns out to be the size of the Empire State Building, or when characters destined for doom easily escape it time and again, I start giggling.  When humanity, who did not see it coming at all, gets but twenty minutes to figure out how to destroy an enemy much smarter, much more technologically advanced, not to mention immensely bigger than them, then I’m just rolling on the floor laughing.  Could ants fight the human race and win? Come on now! This is a typical case of trying too hard to entertain the viewer, which results in an epic fail.

The plot does tie in nicely with that of its predecessor, following the offspring of  some of the main characters in ID4, namely those portrayed by Will Smith and Bill Pullman.  Many from the original cast are back, which is terrific, but there is no way to avoid addressing the elephant in the room– the huge void left by Will Smith’s absence.  His bad-ass, macho, cockiness would have been well needed in order to make this flick what it should be!

All in all, the film is much more of a comedy than drama, adventure or fantasy.  It reminded me of Starship Troopers.  Perhaps, this was purposely done?  It does, after all, bare plenty of B-Movie dialogue, ugly critters and rampant silliness.  However, it misses the target time and again and certainly won’t join the ranks of Starship as a cult classic.

Nonetheless, if you do take it for what it’s worth and not too seriously, you will get entertained.

Wynne government does 180 on Autism Funding