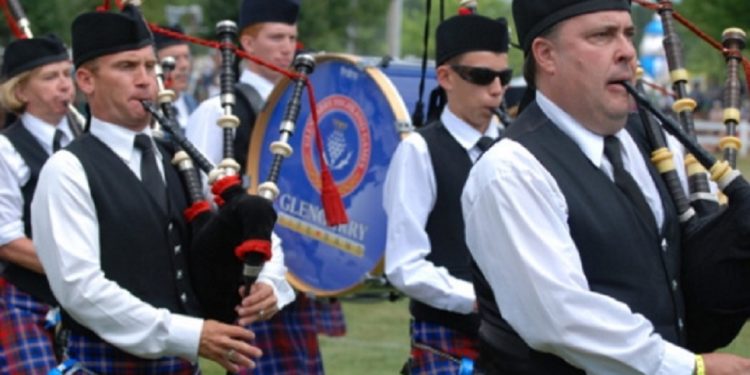 Maxville Ontario — The Glengarry Highland Games weekend is a date that is circled on the calendars of thousands of people. The Games on Friday, July 29th and Saturday, July 30th in Maxville, Ontario, offers something for everyone whether you’re Scottish or not. This years games also have a very special and inspirational guest.

The Glengarry Highland Games announced Jody Mitic as their 2016 Guest of Honour. His name has become synonymous across Canada with a never say die attitude and his personal triumph over incredible odds. A 20 year Canadian Armed Forces veteran and Sniper Team Leader, Jody Mitic lost both his legs in 2007 when he stepped on a landmine in Afghanistan on his third tour of duty overseas. After only a few short months of rehabilitation, Jody was up and walking again. A year after his injury, Jody made national media headlines here at home when he completed the Achilles 5km run on two prosthetic legs, following that, he completed the Canada Army Run half marathon.

There are events ranging from military tug-of-wars, to sheep dog demonstrations, to whisky tasting, heavyweight competitions and more.

There are so many great events at the Games aimed to please any Celtic fan. Some people come for the music, some for the fiddle (including featured Fiddle artist Kelli Trottier), some for the dance and others to watch the heavyweight events. Of course, there are the pipes, the main attraction for many at the Games. Few can put into words the sensation that is felt when a thousand pipers and drummers take to the infield marching and playing in unison. There is no one unmoved by the glorious sound.

Added to these events, the Games provides one of the best outdoor summer concerts. No highland games would be complete without wall-to-wall Celtic music and the Glengarry Highland Games abounds in that area. The Games offers outstanding Celtic entertainers such as CÒIG (Ko-ig),who are an exciting ensemble of East Coast musicians, and who are one of Cape Breton’s most captivating young bands. Also performing are the McLean Avenue Band, The MacCulloch dancers, The Brigadoons, The Ryan Russell Memorial Pipe Band, and more.

There is much more to be found at the Games – excellent shopping for all sorts of Scottish goods and foods, special competitions for children, the clans gathering to share their history and traditions – and all for the small price of $20 per day with children under 12 admitted free.

Come to the Games once and be captivated forever by this wee bit of Scotland so close to home! It’s quite possibly the best two full days of Celtic entertainment in the world. For complete Games information and ticket purchases, go to glengarryhighlandgames.com.