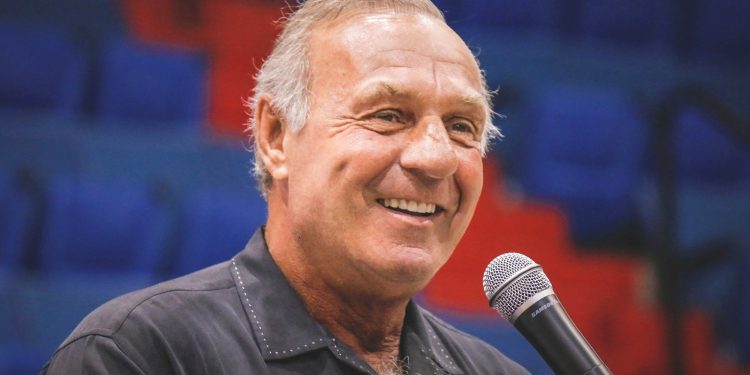 Newsy Lalonde was captain of the Montreal Canadiens from 1915 to 1921. He lead the Habs to their first NHL Stanley Cup win in 1916. He also scored the first ever goal in Montreal Canadiens history, and he lead the Habs six times in scoring. He held the record for most goals scored by a professional hockey player until a guy by the name of Maurice Richard came along. He was also the coach of the Ottawa Senators between 1929 and 1931, and the coach of the Canadians between 1932 and 1935. Cornwall City Council had proclaimed July 21st as Newsy Lalonde Day in Cornwall Ontario.

There were many dignitaries who made speeches Thursday and helped with the unveiling of a plaque for Newsy Lalonde. Guy Lafleur was joined by MP Guy Lauzon, MPP Jim McDonell, former MPP and Ontario Heritage Trust board member Jim Brownell, City Councillor and acting Mayor Denis Carr, Cornwall sports personality Thom Racine, members of Newsy Lalonde’s family and others in the unveiling of a new plaque. This is the second of three Ontario Heritage Trust plaques to honour Ontario’s “Flying Frenchmen”.

Hundreds were in attendance, and there were various booths and exhibitions, including the Cornwall Colts, Cornwall River Kings, and one for former Cornwall Royal and Toronto Maple Leaf coach Doug Carpenter who was promoting his book “A Royal Career”, with proceeds going to The Children’s Treatment Centre.

There were also some NHL Trophies on display including the Art Ross Trophy, the Hart Trophy, and the Conn Smythe Trophy. The Hockey Hall of Famer and former Montreal Canadiens captain won all three of those trophies that were on display at the Civic Complex.

Guy Lafleur won the Art Ross trophy three times, he won the Hart trophy twice, and he won the Conn Smythe trophy once. The right-winger also won the Lester B. Pearson Awards three times. He is the first player to score 50 goals and 100 points in six straight seasons, and he is the all time leading scorer for the Montreal Canadiens.

What is Guy Lafleur’s biggest accomplishment?

“Being myself,” he chuckled. “That’s important,” he said with a smile.

Guy Lafleur believes events like this one honouring Newsy Lalonde are important because it creates a sense of continuity and is a source of inspiration for the next generation.

“It is important, because if you look back, today’s kids might not go as far. If you look back to the 30s, and 40s, players who wanted to play in the NHL, would look back to players in the 1910s and 20s. It goes on and on. For kids who identify themselves as players it is important, because they would have a dream to one day become a hockey player, and play in the NHL. You need that. It doesn’t matter what you want to do in life, you need some reference from the past. It will help you out, and motivate you to succeed. It will help you realize your dream and have success in life,” Guy Lafleur explained.

This is not Guy Lafleur’s first visit to Cornwall. He use to play at the Si Miller Arena in Cornwall, and most recently he visited Cornwall by boat last summer.

“Yes, I went by Cornwall last summer. I love this Marina. It’s nice when you’re on a boat, going up or down the St. Lawrence. It’s right downtown and it’s fantastic. Unfortunately I sold the boat. I’m driving now,” said Guy Lafleur with a smirk.

Guy Lafleur also shared his thoughts on what is happening in the NHL today. In regards to the P.K. Subban and Shea Weber trade, he thinks it was a good trade for both teams.

The former Quebec Nordique also shared his thoughts on Quebec not getting a franchise this time around. The NHL decided to expand in Las Vegas instead. Lafleur is optimistic that Quebec will be next to get a franchise.

“I was disappointed (Quebec didn’t get a team), but I’m sure they will get one eventually. That’s one thing I think I could guarantee. The NHL cannot afford to not have a team in Quebec City. They have great fans, it would energize the eastern townships and the maritimes too. They would go to Quebec City to see their team, Toronto, or whoever. I hope they get a franchise three years from now. If it’s past three years, I’ll start to wonder about it”, said Guy Lafleur.

Guy Lafleur also learned about the Ontario Hockey Academy in Cornwall Ontario. He offered some advice to the young players who come to Cornwall and dream of one day playing professionally.

“The most important thing for a kid who loves the game and wants to one day play in the NHL, you have to be passionate about the game, you have to believe in yourself, and realize that practice is more important than playing a game. That’s really where you get better and improve your skills. It’s in the practice that you learn and adapt to the game. I love to practice, and if you practice hard, the game comes a lot easier after that. You have to give a full time hundred percent”, said Guy Lafleur.

Many in attendance got Guy Lafleur’s autograph and had a photo taken with the hockey legend.