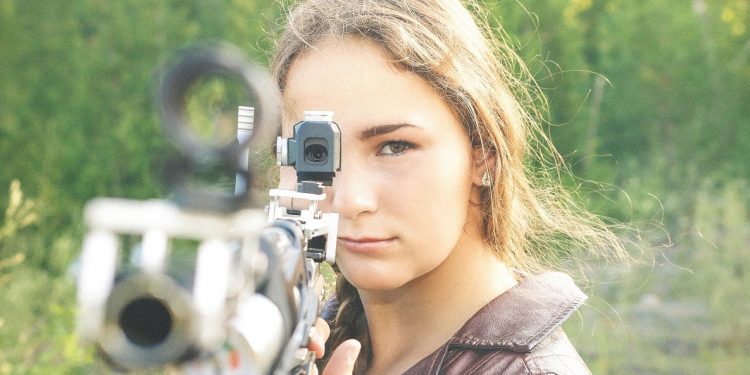 Cornwall Ontario – Local athlete and target shooter Mary Patrick hopes to represent Canada at the 2020 Olympic Games in Japan. In the short term the 17 year old sharpshooter, and former Cadet, has her targets set on the Ontario Summer Games.

The 2016 Ontario Summer Games are being hosted in Mississauga from August 11th to the 14th. Young athletes, ranging from ages 13 to 17 and representing all regions of Ontario, will be competing against each other.

“I am very excited to be heading to the Ontario Summer Games. It means I am competing against the best in the province. It will be a whole new experience working and competing as both an individual and as a team member at a competition outside of the Cadet Program. It also uses some aspects of the Olympics, such as Opening and Closing ceremonies, which excites me even more since I hope to compete in the Olympics. It gives me a taste of what my future could be,” Mary Patrick disclosed.

Mary Patrick was recently selected to be on the Canadian High Performance National Junior Team. This means she can officially compete for Canada and represent her country.

“Being on the Canadian High Performance National Junior Team means I can travel to different countries to compete for Canada at Continental Championships and World Cups. Since this is the Olympic year and next year will be fairly quiet in terms of international competitions, it means there will be few opportunities. On the other hand, this is a good way to ease me into the international stage. It also means I am able to work with my teammates at High Performance Training weekends with our team coach,” said Mary Patrick.

Being selected to the Canadian High Performance National Junior Team and competing at the Ontario Summer Games are both significant accomplishments. However it can be challenging without direct funding. This is an issue that impacts athletes across Canada. It’s not uncommon for families to fundraise or crowdfund to raise money to support their athletic children.

“I think this is neat (being on the National Team), although I do wish it could be like the old system – once I reach the skill level required to make a National Team, shooting becomes my job and I am paid to train 8 hours a day. Unfortunately, the funding is no longer there to support Canadian Target Shooting athletes in such a fashion, but it is still something to motivate me to do better and is a great achievement,” Mary Patrick added.

In September Mary Patrick, who graduated from CCVS, will be studying Mechanical Engineering at Carleton University in Ottawa and continuing her training to prepare for 2020.

You can follow Mary Patrick, who won the The Seeker Choice Award for Athlete of the Year, and her journey entitled “Shooting for Gold” on Facebook. For those interested in supporting Mary’s journey, there is more information on her website.