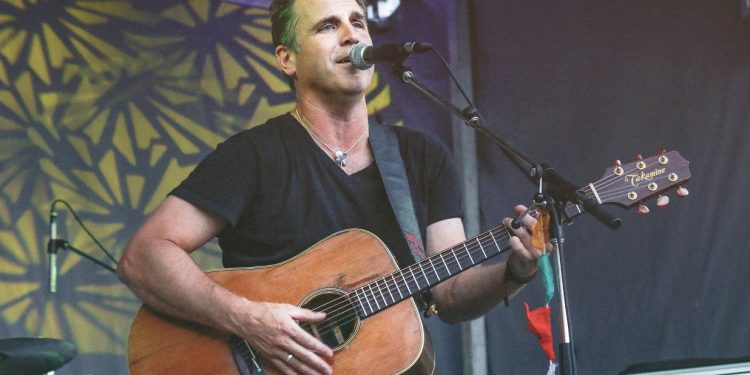 Cornwall Ontario – Sean McCann, of Great Big Sea, recently co-headlined Cornwall Music Fest. If you missed him or would like to see him again, here is your chance!

Sean McCann, aka “The Shanty Man”, now lives in Ottawa, but he was born and raised in Newfoundland. Growing up in St. John’s has influenced his song-writing.

“St. John’s is the New Orleans of Canada. It is made of music and liquor and my music was forged in that fire”, Sean McCann proclaimed.

Sean McCann was a founding member of Great Big Sea, a band that has sold millions of albums, has countless hit songs, and has toured around the world. However after 20 years Sean realized he had to stop. He took a step back, he quit drinking, confronted issues of abuse, and the healing process has now begun.

“I am still looking, and I have come to embrace the truth that I always will be. At least now I am wide awake, so I can see where I am going, and I am open and unafraid of whatever might be next”, Sean McCann disclosed.

He still has fond memories of being in Great Big Sea, especially in the formative years when the band was just starting out.

“My fondest memories are all from the very early days when it was just the 4 of us (with Darrell Power on bass) and we did everything by ourselves. We didn’t have an agent or a manager or a label, but we were still a force to be reckoned with. I am very proud of what we were able to accomplish when we were all working together towards the same goal”, Sean McCann recounts.

In 2014 Sean McCann released “Help Your Self” produced by Joel Plaskett. Through the music we hear the story of a man facing his demons and over coming them. The songs helped him deal with issues of addiction and to find strength in pain.

“In my 20 years and 11 studio recordings with Great Big Sea, not one track was ever recorded “live off the floor” which is a shame because we were a great live band. Joel Plaskett’s process was completely the opposite. Every song was recorded live without digital assistance and immediately committed to 2 inch analog tape. There was no “Auto Tune” button. I was forced as an artist to remain completely open and focused which is how I am trying to live my life today”.

Music is like therapy for Sean McCann, but what does that mean for music fans?

“Fans can expect to experience a much lighter “me”. I am doing “the work” and am reconnecting with the world in a far more meaningful way. And I love my job”, says Sean McCann.

The above quotes from Sean McCann were from an interview last year.