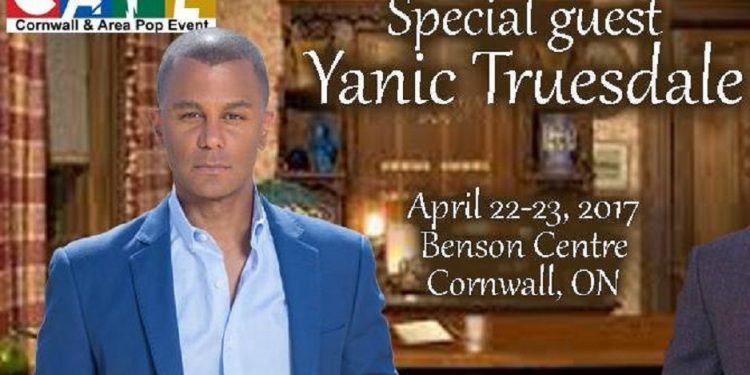 Cornwall Ontario – The Cornwall & Area Pop Event presents Special Guest Yanic Truesdale. He is best known for his memorable role as the sarcastic and high-brow French concierge ‘Michel Gerard’, the character audiences loved to hate by fanatic fans of the cult-classic, feel good family series Gilmore Girls. See Yanic Truesdale on Netflix when the series is rebooted with four highly anticipated episodes: “Gilmore Girls: A Year in the Life” on November 25th 2016.

Tickets are available online through the website or in person at Fantasy Realm (227 Pitt Street). The draw is to be held on September 30th at 5:00 pm.

Agree to Disagree: Letter to the American People