Agree to disagree – We’re all sick and tired of something 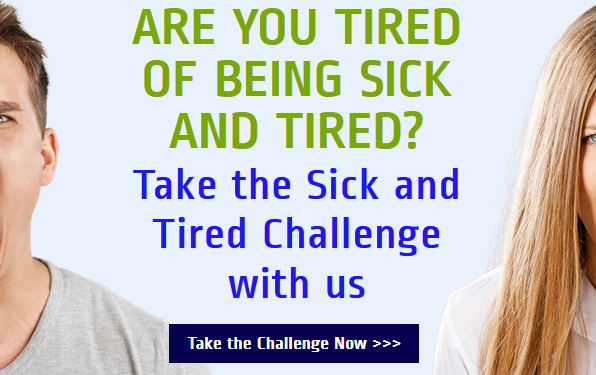 There is a new trend online, and we’re somewhat behind it.  It’s the #SickAndTiredChallenge.

Needless to say, that got us thinking.  What if we created a challenge, a positive challenge to eradicate all the things we’re sick and tired of?  What if we made it go viral?

We came up with the rules and they are quite simple:  record a video of yourself naming one thing, only one, that you are simply sick and tired of.  This can be about  anything and everything… It can be about politics, people, religion, anything you want, but it can be only about one thing.  If you have more than one thing you’re sick and tired of, you can recore more than one video.

It may sound negative at first.  After all, complaining about stuff never is never productive, is it?  Well… Taking the #SickAndTiredChallenge actually is!  Why?  Because it requires you to explain what you are planning to do about it or ask your friends to brainstorm to find a solution.  Then, you spread the word via social media and nominate 5 friends to do the same.

We are inviting you to Sweep the Nation with your Frustration… Then find a solution!

There are many ways to participate.  You can go to the website http://sickandtiredchallenge.com and click on “take the challenge” to record and upload your video right from the site.  It will then be posted on the sick and tired YouTube channel from where you can share it to other platforms.  If you prefer, you can simply record your video right from your phone or other device and upload it to Facebook or twitter, but don’t forget to include the hashtag #SickAndTiredChallenge.  You can also include the website address to help us spread the word.