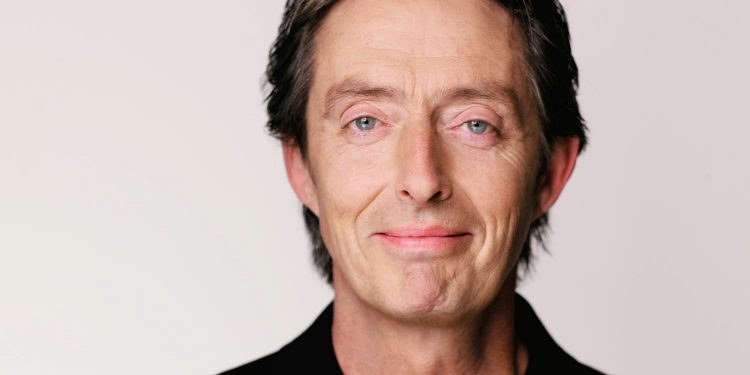 Cornwall Ontario – Legendary comedian Derek Edwards is coming to Aultsville Theatre in Cornwall on Friday November 4th as a part of his ‘Alls I’m Saying’ Tour.

This is a chance for audiences to enjoy a hysterical performance by a very talented and gifted comedian – He has mastered the art of timing and storytelling.

“Everyone knows Derek is the funniest man in Canada,” CBC personality and comedian Rick Mercer was quoted as saying in a media release.

Derek Edwards is a four-time nominee, and winner of Best Stand-up Comic at the Canadian Comedy Awards, as well as a multiple Gemini nominee for Best Performance in a Comedy.

These accolades are all very gratifying to Derek Edwards, however getting laughs is far more important to the veteran comedian.

“It’s fantastic and very humbling. I’m just happy about any kind of positive feedback. However the life blood of comedy is still the laughs,” says Derek Edwards.

According to Derek Edwards, the key to success in comedy means hanging in there for the long haul, and getting more experience and developing more material. He has earned that experience by traveling across Canada, performing in numerous places, and learning more and more about each of those places.

“I’ve hung in there like a pit-bull. It helps that I am not qualified to do anything else. The more you travel in Canada the more material you can gather from different locations and make the act more relatable,” says Derek Edwards.

From Vegas to St. John’s, Derek Edwards has performed everywhere. He has also learned that it is easier to become a comedy star in the United States than in Canada.

“There is more of a star making machine behind American celebrities. The part of the charm in Canada is that we don’t take ourselves too seriously. It’s a bit of a pitfall if you are shooting for the moon,” says Derek Edwards.

The Just for Laughs comedy veteran started out as a novice years ago playing in smaller clubs including Yuk Yuks. Venues like Yuk Yuks might not offer a lot of direct exposure for up and coming talent, but they are a great place to practice and learn the craft according to Derek Edwards.

“Yuk Yuks is all about Yuk Yuks. Though they have some great clubs, all promotional materials trumpet the clubs themselves rather than the performers working there. It’s a great practice ground for learning the trade and it’s still fun to go back. Comedy is about getting a laugh. If you are motivated to get the laughs, eventually good things should happen regardless of the club scene,” Derek Edwards stated.

In his early days Derek Edwards looked up to comedians like Brent Butt and Norm MacDonald.

“I was blown away by the likes of Brent Butt and Norm MacDonald – both of whom had great success,” said Derek Edwards.

His advice for novice comedians is to hang in there, learn the trade, and not to quit your day job. Derek Edwards didn’t quit his day job when he started comedy – at least not at first.

“It’s common sense. Don’t throw in the towel on your day job immediately. After all you still have to survive. I was in the trades doing drywall and painting. I kept it up part time for the first two years of my comedy beginnings. My advice to new comedians is to hang in there an don’t let rough shows beat you too badly,” Derek Edwards explained.

Derek Edwards doesn’t utilize social media, but he think it could benefit up and coming talent.

“I don’t utilize social media like I should and those who know how probably benefit immensely, but starting out it is always more difficult starting from a place of complete anonymity,” says Edwards.

In his live show Derek Edwards takes aim at life’s galling moments and delivers an incredible evening of homegrown comedy. Live comedy is an amazing experience that cannot be replaced by Youtube, or Netflix specials, or comedy programming on regular television.

“The response has been great so far. Geez, live comedy is something to experience. The televised version is watered down, edited, and an artificial form of the experience. I love my Canadian crowds, and I will bring good entertainment to Cornwall. Who couldn’t use a laugh?” Edwards concluded.

Reserved seating tickets for Derek Edwards new 90-minute ‘Alls I’m Saying’ stand-up comedy show are $45.00 each, and are available at the Civic Complex box office. Showtime is at 7:30pm.

Aultsville Theatre is located at 2 St. Lawrence Dr, next to St. Lawrence College in the east-end of Cornwall Ontario.

For more info about the show visit www.shantero.com.

Agree to disagree - We're all sick and tired of something