Interview with punk legends Face to Face who celebrate 25 years 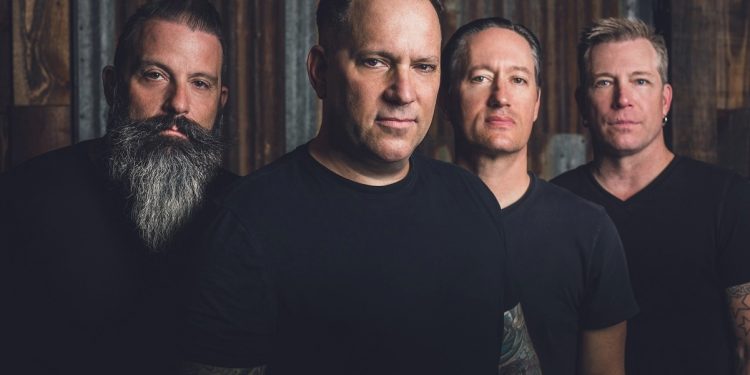 Ottawa Ontario – Face to Face are playing the Bronson Centre in Ottawa on November 10th as a part of their upcoming Canadian Tour.

The legendary California punk band is celebrating its 25th anniversary with a new album titled ‘Protection’ that came out on Fat Wreck Chords earlier this year.

“I have a ton of respect for Fat (Wreck Chords). They have been around for over 25 years and have always stayed independent. It has been a homecoming for us that has been awesome. Everybody is so cool to us and is really great at what they do. They know how to promote punk rock records and at the end of the day it’s as simple as that. That is what we need,” Trever Keith stated.

The new album was produced Bill Stevenson and Jason Livermore at the Blasting Room in Fort Collins, Colorado. Working with the legendary punk drummer in the studio was a thrilling experience for Trever Keith. Bill Stevenson, the former Descendents and Black Flag drummer, helped influence the song arrangements and the use of background vocals in the mix. He has an impressive resume as a producer and engineer working on fan favorite albums from NOFX, Propagandhi, Anti-Flag and more.

“Working with Bill Stevenson was amazing, scary, fun, and something we hope to repeat again for the next record,” Trever Keith reflected.

The album ‘Protection’ has 11 songs on it including a track titled “14:59” – It’s a song that is based on a cultural obsession with mindless entertainment and people getting 15 minutes of fame without actually offering anything of substance to society.

“It is about the culture of reality based entertainment and people who are only famous for being famous without anything to offer; a culture which not only exists in the US, but also in Europe and Canada as well,” Trever Keith observed.

Trever Keith explains the song is not meant to be political, and it is in no way related to the culture that has lead to reality television host and star Donald Trump running for the U.S. presidency.

“No 14:59 is not about Donald Trump nor does it have anything to do with politics,” Trever Keith added.

Trever Keith is looking forward to the upcoming Canadian tour despite the chilly weather in November.

“The people in Canada are so great. That’s the best part about touring Canada. We look forward to the shows because the fans make them amazing. We have a great time playing in Canada. The weather will probably suck though,” said Trever Keith with a chuckle.

Trever Keith says he is going to keep his eyes peeled for the new Chixdiggit beer while in Canada, however his hops loyalty remains with a Denver brewery.

“I never tried Chixdiggit beer. I’ll have to look for it. There is a brewery in Denver, Colorado called Big Choice Brewing and their beer is the best,” Trever Keith exclaimed.

Face to Face, which formed in 1991, have had many hit songs including “Disconnected”, from their 1995 album ‘Big Choice’. That song was a radio hit and appeared in the movie National Lampoon’s Senior Trip and in the movie Tank Girl.

Other Face to Face hit songs include “Blind” and “Ordinary” which both appeared on their 1996 self-titled album. The black and white album cover portrays a man looking at his own face in the mirror.

If Trever Keith were to look in the proverbial mirror today, who would he see? How has he and the face of his band changed over the past few decades?

“I see an old guy!” Trever Keith laughed. “We are older. There have been a few lineup changes. I think we are a better band,” he added.

Face to Face split up in 2004, but reformed four years later in 2008. During their hiatus band members worked on other projects including The Offspring, Me First and the Gimme Gimmes, Saves the Day, and Legion of Doom. Since 2008 Face to Face has been touring and releasing albums regularly.

Face to Face continues to be a very successful band after 25 years drawing enthusiastic crowds everywhere they go. Trever Keith has so much gratitude for Face to Face fans and he describes them as family

“The only appropriate response is ‘Thanks’! Thanks for all of your support over the years. Because of you it feels like a family and we look forward to spending time with you,” said Trever Keith.

In addition to a new album and touring, Face to Face will also be paying homage to their early work. The band is re-releasing special edition vinyl copies of their first few records.

Playing in Face to Face has been a gratifying and rewarding experience for Trever Keith. He feels fortunate for the opportunity.

“We do what we do and we are fortunate enough to have a lot of people like it,” Trever Keith concluded.

Face to Face play live on Thursday, November 10th, 2016 at the Bronson Centre in Ottawa Ontario. The venue is located at 211 Bronson Avenue.

Opening the concert for Face to Face are the Crusades and The Valveenus.

Tickets are $28.50, the show starts at 7pm, and the event is all ages. Tickets are available online, and tickets also available at Vertigo Records, both Compact Music locations and Stomping Ground in Ottawa. This event is presented by spectrasonic.com.