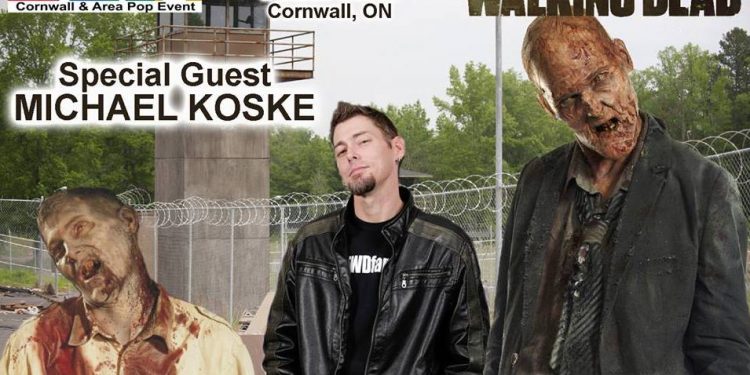 Michael Koske acting credits include frequent appearances as a featured “Walker” on AMC’s The Walking Dead. His zombie likenesses have appeared on t-shirts, figures, playing cards, and other official merchandise, and he’s graced the pages of Entertainment Weekly, The Walking Dead Official Magazine, the cover of The Ultimate Guide to Zombies, Rolling Stone Magazine, and most recently, the cover of TV Guide.

He has also appeared as a daywalking Vampire on The Originals which is a spinoff for the Vampire Diaries, USA Network’s Necessary Roughness, the movie The Crazies, The Following featuring Kevin Bacon, The Hunger Games: Catching Fire, Need for Speed, Goosebumps, Captain America: Civil ͏War, the third installment of the The Divergent Series: Allegiant, season 3 of Sleepy Hollow and most recently Hidden Figures starring Kevin Costner.

Kimberly Leemans began her television career as a contestant on America’s Next Top Model. Since then, she’s gone on to secure guest roles on shows like The Vampire Diaries and Nashville. She made quite the impact when she joined The Walking Dead during season 6 as Crystal, a resident at the Hilltop community where Rick hopes to find allies. Kimberly Leemans has also worked on CSI: Miami. Law & Order, Life on Mars, Cupid, and How to Make It in America to name a few. Her film credits include Bamboo Shark, 30 Nights of Paranormal Activity with the Devil Inside the Girl with the Dragon Tattoo, Out West, The Squeeze, and Fire City: End of Days.