The Catholic District School Board of Eastern Ontario Financial Statements 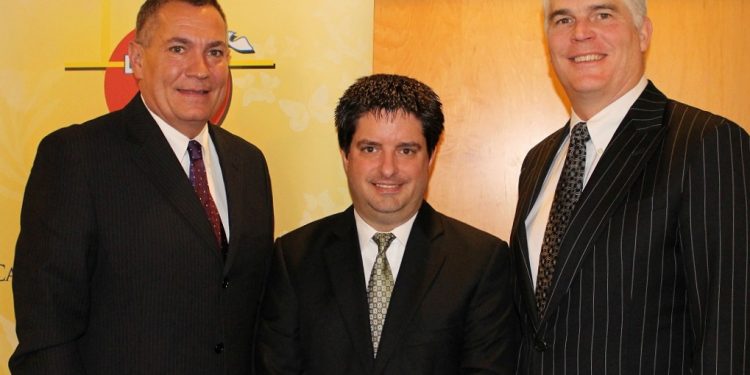 Kemptville Ontario – The Catholic District School Board of Eastern Ontario has reviewed and approved the financial statements for the fiscal period of September 1, 2015 to August 31, 2016. Ashley Hutchinson, Manager of Finance, presented the Financial Statements for the 2015-2016 school year, followed by Andrew Newman, partner with KPMG, who presented an unqualified Auditor’s Report to the Board of Trustees.

“As always, the Board strives to make the best use of its fiscal resources, to provide transparency and accountability with regard to the allocation of those resources, and to optimize resources in support of student achievement,” began Mrs. Hutchinson.

“Most importantly our funding is driven by enrolment,” she continued, “and for the 2016-17 school year we are predicting a 1.7 per cent increase in enrolment above projections.”

“At year end, we had an operating accumulated surplus of $254,000, this is mainly as a result of additional revenue which came in that was not included in the original budget,” noted Mrs. Hutchinson.

In 2015-2016, the board met its obligations for the year concerning balanced budget compliance as per the Education Act.

“It’s my pleasure to be here tonight to hear about the wonderful things happening in your schools. Regarding the auditor’s report, we have completed our audit, and in our opinion, the financial statements present fairly, in all material respects, the financial position of CDSBEO as at August 31, 2016. The results of the Board’s operations, and changes in its financial position for the year, are in accordance with Canadian generally accepted accounting principles.”

Board Chair, Brent Laton, expressed his thanks on behalf of the Board. “Thanks, Mr. Newman, for coming this evening to provide the Auditor’s Report. We are very proud to be the first board to have officially filed its financial statements. Thanks goes out to our Finance Department for all of the hard work that goes on throughout the year. I know this is no small task, and they certainly go beyond our expectations; we thank them, and KMPG for their part in the audit process.”

The 2015-2016 Financial Statements will be submitted to the Ministry of Education by the middle of November.