The Stampeders give encore at Aultsville Theatre concert Friday night 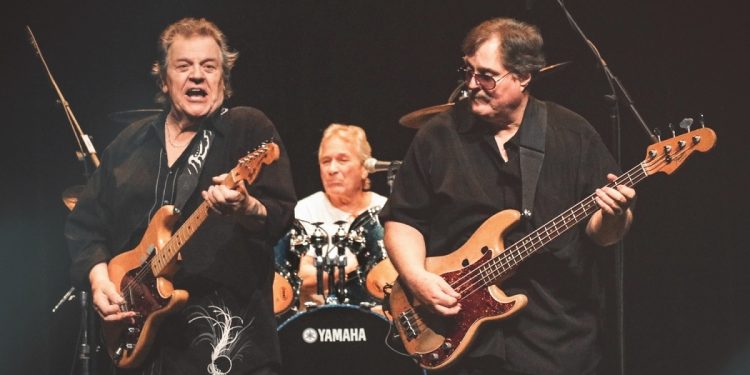 “Sweet City Woman has become a classic and a standard in the world of music, and it is one of the most recognizable songs of the 1970s. With the banjo in the introduction, it is so rememberable. I’m happy that we wrote that one,” said Rich Dodson.

In 1971 The Stampeders won Juno Awards in the categories of Best Group, Best Single, Best Producer and Best Composer for their platinum single of the song Sweet City Woman.

“It’s nice to get recognized from peers and industry. It feels good to get recognition for accomplishments. Of course my favourite part of the Awards was that it was a big party and lots of fun. I’m very grateful for the awards we won and proud of our achievements,” Rich Dodson reflected.

In the 1970s The Stampeders toured extensively and played concerts with the likes of Santana, The Beach Boys, The Eagles, Rush, Sonny & Cher, Joe Cocker, and Genesis just to name a few. The band also got to jam with Keith Moon of The Who at his birthday party.

At the end of the show, their was a standing ovation, and The Stampeders gave the enthusiastic Cornwall audience an encore performance.