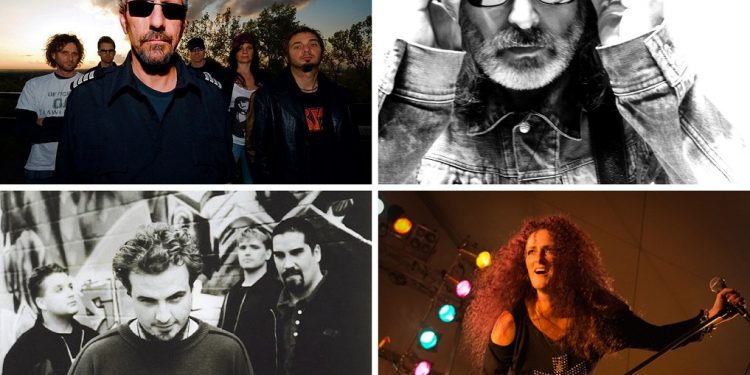 Since the absence of Lift-Off, Cornwall Musicfest was able to successfully establish itself as the signature festival, that is a celebration of music and beer, for the city of Cornwall and SDSG.

“Davey Bedard and myself of Limelight Entertainment are the event organizers. We have partnered with the NAV Centre, Corus Entertainment and Alkaline Entertainment to deliver a celebration of music and beer – Cornwall Musicfest 2017 The Barley and Hops Tour,” said co-organizer Jason Mitchell.

The co-headlining musicians at Cornwall Musicfest will represent the 1970s, the 1980s, and the 1990s.

“Our 2017 co-headliners represent three decades of Canadian music. Michel Pagliaro the 1970’s, The Box and Darby Mills the 1980’s, and the Barstool Prophets represent the 90’s. Live music lovers will find a great mix of everything,” stated Mitchell.

Michel Pagliaro is a Juno nominated Canadian rock musician from Montreal, Quebec. Pagliaro is the first Canadian artist to receive Gold Albums and score top 40 hits in both the Anglophone and Francophone pop charts in Canada. Pagliaro received the Governor General’s Performing Arts Award for Lifetime Artistic Achievement, Canada’s highest honour in the performing arts. Pagliaro has also been honourably recognized by the Canadian Songwriters Hall of Fame and is a recipient of the SOCAN National Achievement Award.

The Box, a Juno nominated Canadian New Wave Group, achieved commercial success in Canada by recording four charting albums, and 10 charting singles. The Box is fronted by Montreal Keyboardist Jean-Marc Pisapia a former member of the Canadian band “Men Without Hats” who had the hit song “The Safety Dance”.

“The Safety Dance is an iconic Canadian Music Hit from the 80’s, having Jean-Marc Pisapia formerly of Men Without Hats at the Festival fronting the Box is exciting. Who wouldn’t want to do the safety dance? It will be good times,” stated Mitchell.

The Darby Mills Project features one of Canada’s iconic female rock vocalist, Darby Mills. She is best known as the voice of the Juno nominated Canadian rock band the Headpins. She enjoyed a three album run at the top of the Canadian Charts, and “Turn it Loud” quickly went Platinum. She toured in North America and Europe while opening for bands such as KISS, Whitesnake, ZZ Top and Aerosmith.

Hometown heroes, the Barstool Prophets, are a Canadian rock band that formed right here in Cornwall, Ontario. The band signed to Mercury Records and released “Crank” in 1995 and “Last of the Big Game Hunters” in 1997. They had many Canadian rock radio hits in the mid-late 90’s, and music videos including “Mankind Man” which aired on Much Music television. They toured nationally on the big stage and have opened for Blue Rodeo, I Mother Earth, Our Lady Peace, Tom Cochrane, the Tea Party, 54-40, the Dave Matthews Band, and many others.

“It is with deep sentient Cornwall Musicfest is extremely proud to have the hometown heroes Barstool Prophets as one of the co-headliners of Cornwall Musicfest 2017. It is so fitting to have them return home on the biggest stage of the biggest event of the summer! Thousands of fans have been waiting for the return and Saturday August 19th at the NAV Centre is the day! Mark your calendar, this is a can’t miss!” Mitchell added.

Festival Earlybird Tickets are only $20 each, Festival VIP Tickets are only $60 each and can be reserved online at www.cornwallmusicfest.com or by calling Limelight Music and Arts Academy 613-936-2220. Advance Tickets will be $30 (plus applicable fees) and will be released on admission.com in February 2017 and Day of Tickets will be $40 at the gate. Limelight Entertainment is a Division of Limelight Music and Arts Academy located at 160 Pitt Street (Unit 203) in downtown Cornwall.

The 2017 Festival will feature a total of 11 musical performances on two stages, plus products from the Labatt Brewing Company and a large outdoor vendor zone.

“The Barley and Hops Tour is a new feature to Cornwall Musicfest 2017. This festival has evolved into not only a celebration of music but also by popular demand, more adult beverages. We will we be featuring Labatt Products, Craft beer and whiskey as prominent fixtures to our 2017 celebrations,” said Mitchell.

For all the latest updates visit the festival’s official website: www.cornwallmusicfest.com