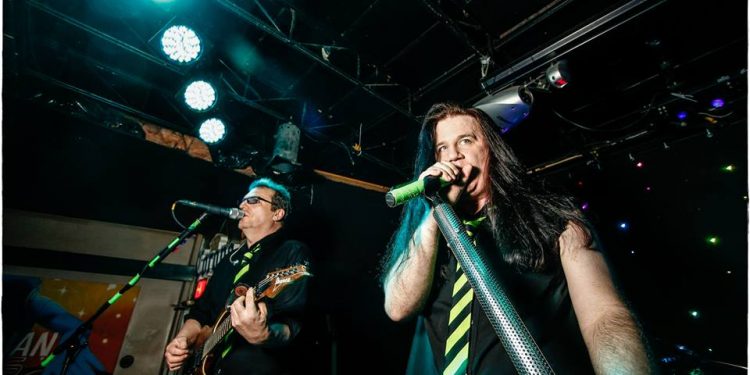 Cornwall Ontario – The organizers of CAPE will ring in New Year’s Eve once again with a party to help raise funds for CAPE 2017.

The 3rd Annual Cape New Year’s Eve Party 2016 takes place on Saturday December 31st and runs from 8pm to 2am.  There will be music, dancing, food and drinks.

The event features the 80s tribute band the Lost Boyz and Spare Partz. From cosplay, to evening gowns and tuxedos, to jeans and a t-shirt – there is no official dress code.

Tickets are $30 and now available from the band members and at Fantasy Realm located at 227 Pitt Street in downtown Cornwall.

There will be a hot and cold buffet late lunch, party favours, silent auction, and door prizes. This event, which promises to be an epic night of fun, is licensed and 19+.

Michael Koske acting credits include frequent appearances as a featured “Walker” on AMC’s The Walking Dead. He has also appeared as a daywalking Vampire on The Originals which is a spinoff for the Vampire Diaries, USA Network’s Necessary Roughness, the movie The Crazies, The Following featuring Kevin Bacon, The Hunger Games: Catching Fire, Need for Speed, Goosebumps, Captain America: Civil ͏War, the third installment of the The Divergent Series: Allegiant, season 3 of Sleepy Hollow and most recently Hidden Figures starring Kevin Costner.

Kimberly Leemans began her television career as a contestant on America’s Next Top Model. Since then, she’s gone on to secure guest roles on shows like The Vampire Diaries and Nashville. She made quite the impact when she joined The Walking Dead during season 6 as Crystal, a resident at the Hilltop community where Rick hopes to find allies. Kimberly Leemans has also worked on CSI: Miami. Law & Order, Life on Mars, Cupid, and How to Make It in America to name a few. Her film credits include Bamboo Shark, 30 Nights of Paranormal Activity with the Devil Inside the Girl with the Dragon Tattoo, Out West, The Squeeze, and Fire City: End of Days.

For more information about CAPE 2017 visit the official website.