by Editorial Board
in Columns, News and Announcements, Politics
Reading Time: 2 mins read
28 1 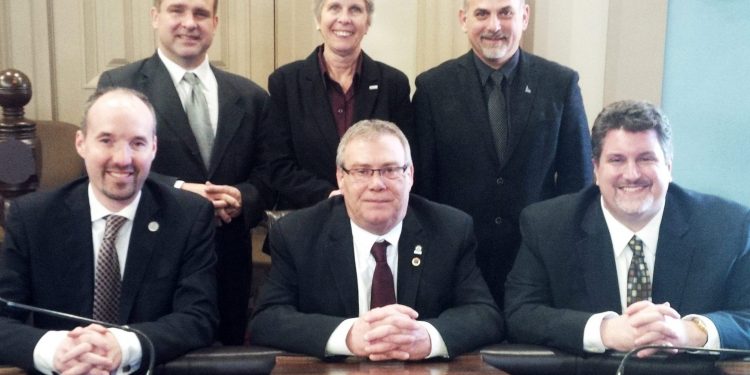 Mayor O’Shaughnessy was elected on Friday during the group’s first regular meeting of 2017 in Kingston. He succeeds Mayor Bryan Paterson of Kingston as Chair of the EOMC.

The EOMC represents 11 separated municipalities in eastern Ontario, stretching from Cornwall in the east to Peterborough in the west. The Mayors of Prescott, Brockville, Gananoque, Kingston, Belleville, Pembroke, Smiths Falls, Prince Edward County and Quinte West also form part of the EOMC.

“Each municipality in the EOMC has its own unique challenges and opportunities however there are numerous issues where we can benefit by working together with a unified voice,” said Mayor O’Shaughnessy. “I am thrilled to be leading the Caucus as we look to advance the interests of Eastern Ontario towns and cities at Queen’s Park and Parliament Hill.”

At the same meeting, Mayor Brett Todd of Prescott was elected Vice-Chair of the EOMC for the coming year, taking over the position from Mayor Erika Demchuk of Gananoque.
Eastern Ontario Mayors’ Caucus 2

The EOMC will be meeting in the near future to discuss priorities for the coming years. Some past priorities have included reforming Ontario’s interest arbitration system for emergency services, establishing sustainable, predictable infrastructure funding from other levels of government and developing an economic strategy for Eastern Ontario in partnership with the Eastern Ontario Wardens’ Caucus.

A new website will also be launched for the EOMC in the near future to raise awareness of the organization and the various initiatives it is undertaking.