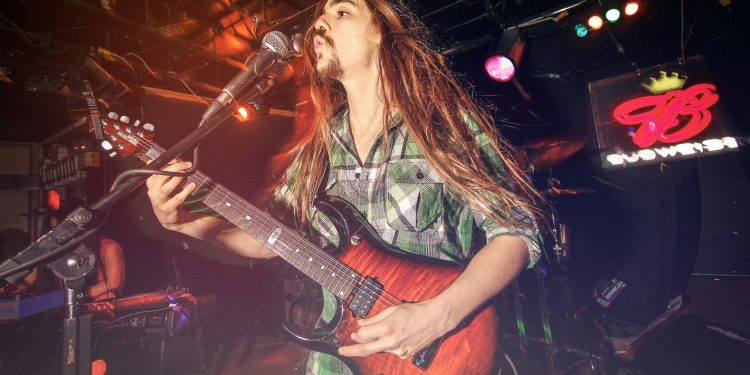 Cornwall Ontario – Canadian melodic prog rockers Slyde are happy to announce their musical return with the new EP Back Again, due for release on February 17th. In celebration of the news, the band are streaming the first track from the EP, ‘Fading’ on their Soundcloud.

“We are excited to officially release our new 4-track EP “Back Again” on February 17 2017. It will be available through our bandcamp page, as well as iTunes, Amazon, and else where,” said Nathan Da Silva.

For fans of Haken, Rush, Dream Theater and more, Slyde are back after a two-year hiatus and a new line-up. Driven by the clean vocals of frontman Nathan Da Silva and the powering keyboards of Sarah Westbrook, Back Again is a fitting return to form from this beguiling four-piece.

This recording process was a learning experience for Nathan Da Silva who took up engineering duties on the album.

“The recording process was (and still is) a huge learning experience for me, as I took up the engineering and tracking duties. I am currently co-mixing the 2nd EP with Andres Puche (who also did Back Again) and I’m been learning a lot from him. The 2nd EP should drop late 2017,” added Nathan Da Silva.

The songwriting on the Back Again EP explores the relationship between environmentalism and sci-fi. The album is a fantastically entertaining listen, and is ear-catching for any fan of technically-minded melodic prog rock.

“These new tunes are a little more aggressive and hard hitting than our previous efforts (seems to be the trend for Slyde after each successive release) and we experimented a little but as well, using some older material I wrote years ago that’s been on the backburner,” concluded Nathan Da Silva.

Slyde are a band who before their hiatus played over 150 shows on the Eastern Canadian circuit, including shows with Protest the Hero and at Canadian Music Week (2013), IndieWeek (2011-2013), and Wacken Metal Battle (2013).

No Cornwall Ontario date has been set yet, but Nathan Da Silva looks forward to playing in front of a home town crowd once again.