Project Mantra to open for Madchild at La Maison in Cornwall 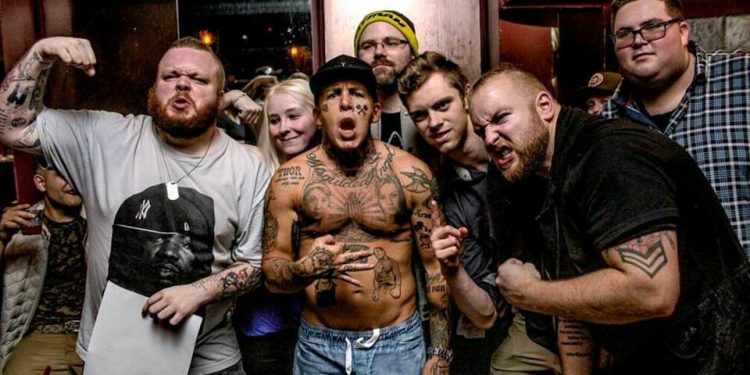 Project Mantra seem excited to return, bringing the same wealth of enthusiasm to the stage that they have been known for. “It’s interesting because we are an emerging band that has in some shape or form been around for a long time, but are only now taking the project as a serious entity,” explained the four-piece’s frontman and founding member Leigh Bursey. “We have been doing this in some shape or form forever, but 2015-2016 was really our rebirth, so it was interesting to see it double as our homecoming.”

The group, consisting of Bursey on guitar and vocals, Audrey Cahoon on keyboard and vocals, Alex Hodges on bass guitar, and long-time drummer Justin Steacy on drums have been causing quite a stir across the region, including in the Cornwall area where they performed two back to back shows on their “Fusion Manifesto Summer Tour,” at both La Maison and local radio station DCN.

“We are always excited to get out of Ottawa or Brockville, and come visit some familiar faces while hopefully making some new friends along the way, but I know that this show holds a certain level of significance. We just played a capacity show with Madchild in Ottawa at the Bourbon Room and it was an experience we aren’t likely to forget any time soon,” continued Bursey.

It was a surreal experience, and one that will be repeated on January 24th.

“Opening for Madchild in Ottawa was surreal. We had a capacity crowd from the get go, and this is a legitimate heavyweight. He brings a legacy to the table. For us, it was important to just enjoy the moment and remember how much work it was to earn that experience. Being a rock band (for lack of a better term to describe us) the focus was on turning people on to our music who might not otherwise check us out. Judging by the crowd response, we were able to accomplish that goal,” added Bursey.

“We are grateful for the opportunity to work with a namesake performer of his calibre, but we are also excited to bring our own brand of passion and excitement back to La Maison. The Cornwall crowd can expect a band that is serious, willing to play our audience, and enthusiastic to make our limited time count,” Bursey concluded.

The event kicks off at 8pm next Tuesday, and advance tickets are $30. Project Mantra’s debut album “Fusion Manifesto” is available for purchase now on their Bandcamp page. Visit them at www.projectmantra.ca to learn more.