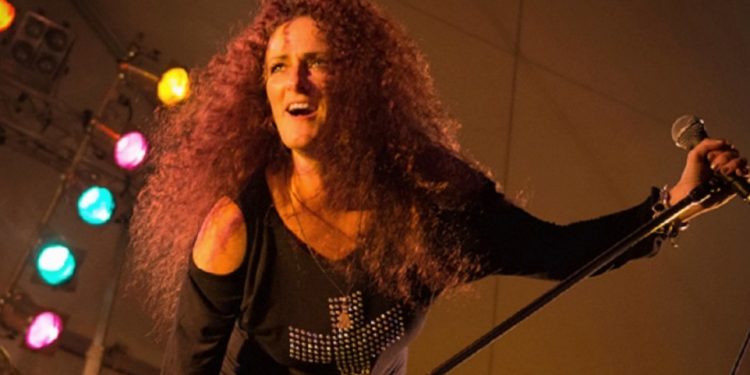 Cornwall Ontario – The Darby Mills Project features one of Canada’s most iconic female rock vocalist, Darby Mills, who will be co-headlining Cornwall Musicfest.

The Darby Mills project will be joining Michel Pagliaro, The Box, the Barstool Prophets, and seven other bands at the second annual Cornwall Musicfest titled “The Barley & Hops Tour” which takes place on Saturday, August 19th, 2017 and is hosted at the Nav Centre.

Darby Mills is best known as the voice of the Juno nominated Canadian rock band the Headpins. She enjoyed a three album run at the top of the Canadian Charts, and “Turn it Loud” quickly went Platinum. She toured in North America and Europe while opening for bands such as KISS, Whitesnake, ZZ Top and Aerosmith.

The Headpins, who featured members of Chilliwack and Loverboy, discovered Darby Mills in 1981 at a club.

“Back in 1980 Chilliwack went into a hiatus… The guitar player and bass player from Chilliwack formed a side project that included the drummer from Loverboy Matt Frenette, and they went out to the clubs and they played for the fun of it just to keep their chops up. About six or seven months in they saw me in a club. I was working in a club at the time and they asked me if I would join the band and six months later we were signed to Solid Gold Records and that is where it started,” said Darby Mills.

The bands debut album “Turn It Loud”, released in 1982, went platinum for a stunning six weeks, and their second release “Line of Fire” hit 114 on the Billboard with hit songs like “Feel It” and “Just One More Time”.

“At the time we were just really busy trying to get working and keep our heads above us. We were probably out at the time on the Lock Up Your Sons Tour… We were all in get it done mode. It wasn’t until much later that you realize, wow we really did make a mark. We really did set the bar, and tried to repeat it for the next album, and then the album after that – and that is not always an easy thing to do,” stated Darby Mills.

Darby Mills has a lot of special memories going on tour, including meeting Kiss back stage before a concert, and seeing them without make-up – at a time when they always wore make-up to perform.

“The Kiss tour was wonderful, because that was their last tour they did with their make-up on before they unveiled themselves. It was rush getting to see them backstage before they had their make-up on. That was really cool. I got a chance to talk with Gene Simmons a little bit, and got some pictures back stage with them,” reminisced Darby Mills.

The Headpins also toured Europe with White Snake playing in front of 20,000 people a night.

“It was great touring with White Snake through Europe in 1984. That is when John Lord was still alive, Cozy Powell was still alive. The band was full or royalty. They had a knighted by the Queen bass player at the time. It was our first time to Europe and we were playing sold-out 20,000 seat coliseums to wild and crazy fans. How do you compare that to anything? It was brilliant,” Darby Mills reflected.

After the ZZ Top tour Darby Mills and the Headpins parted ways, and she began a solo career.

The Darby Mills project will be a mix of Headpins, solo tunes, and covers.

“It’s a mix of Headpins and solo stuff and we even do a couple cover tunes that we work up a little bit differently so it works with my voice… With the Headpins being the style of music it was, how can I alter it so I can continue to sing to my seventies like others. It was time to take the wheel and drive, so that is what I’m doing. I’m changing it up a little bit. I’m still a belter and that will never change, I’m just belting different kinds of songs,” said Darby Mills.

She is thankful to her fans who buy tickets to keep live entertainment going. She is going to put on the best show she can.

“Thanks for coming out and spending your hard earned cash keeping live entertainment at the top of the table… I’m very thankful and I want to do the best show I can,” Darby Mills concluded.

Cornwall Musicfest 2017 The Barley and Hops Tour, which is organized by Limelight Entertainment in conjunction with booking agent Alkaline Entertainment, has partnered with the NAV Centre and Corus Entertainment to deliver a celebration of music and beer .