Interview with Craig Stickland on tour with Matthew Good 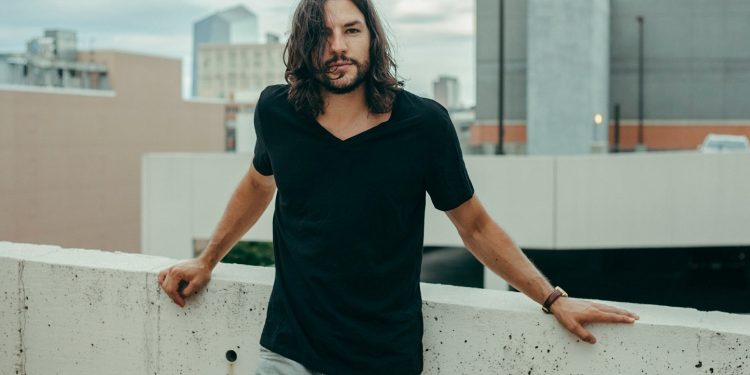 Ottawa Ontario – Singer-songwriter Craig Stickland, who is based out of Los Angeles, is returning to his native country of Canada for a tour with legendary rock musician Matthew Good. Both Craig Stickland and Matthew Good will be in concert on March 16th at the National Arts Centre in Ottawa as a part of this ongoing Beautiful Midnight Tour.

This is not Craig Stickland’s first major tour. He toured Europe with JoJo for three weeks. He also suited up as Alessia Cara’s guitar player on the Head Full of Dreams Tour with Coldplay during the summer of 2016. Opening for Coldplay for 50 consecutive dates is an experience Craig Stickland will not soon forget.

“Every single experience I had on that tour was out of this world. Coldplay was one of my favourite bands growing up and they are playing in front of 100,000 people sold-out every single night. I watched their show every single night, about 50 dates with them, and I watched them from start to finish because I was just trying to soak up everything. Those guys are the nicest guys ever. They treated us with the most respect and they treated us like a family,” stated Craig Stickland.

According to Craig Stickland, Coldplay guitarist Jonny Buckland was happy to lend a hand when his guitar amp broke.

“There was a time when my guitar amp broke and Jonny, the guitar player said why don’t you play out of my rig tonight. He said if you want to play out of my amps every night it’s no problem. I was considering it but I didn’t want to impose on them. Once I started playing my own amp again the guitar tech came up to me and said if you like the way Johnny’s amp sounds here are the specs of every single customization in it and here is the shop where we got it done. Tell them Jonny sent you. They just showed me what it meant to be a class act. It was such an amazing learning experience. You don’t get to that level without being humble and hardworking. It’s just gratifying to know anything you want to do in this life is possible,” Craig Stickland added.

Of course Craig Stickland like most artists had to pay his dues. He worked hard in the industry for nearly 15 years before getting a break. His social media smash hit song and music video “Liquor Store Blues” was about a time in his life when he faced a lot of adversity trying to make it as a professional musician.

“Liquor Store Blues was written about a time in my life when I was trying to make it in the music industry for a very very long time. I’ve been doing this for about 15 years now. It’s only been the last year or two that I’ve been professional at it. I was bar tending and working all these terrible menial service jobs and hated it. When I first started playing music at 16 years old I would go to open mics. I met a bunch of really cool people at those open mics and some became life long friends. Some of them became incredibly famous musicians as well like Justin Nozuka. He became one of my best friends. He became absolutely massive in Europe and around the world. We would play shows together. We met at open mics. I had been doing this for a while, and I watched my peers become much more successful than I had become,” Craig Stickland stated.

So Craig Stickland gambled and took a chance. He took a trip to New York for a week to play the open mic circuit and hopefully get some exposure and network with other musicians. The experience itself didn’t leap frog him into the music industry, but it did give him the inspiration for what would become his first hit song.

“I went to New York for a week to try and hit all the open mics that I possibly could. I thought this would be my time to network, meet musicians and build musical relationships and make some fans. But because over a hundred people show up to each open mic, what would happen is there would be a lottery style draw. So every musician that shows up gets a number between one and a hundred. The open mics would go from 6pm to 4am because New York has a late liquor license. So the entire week I got numbers close to 100 each and every single time and I ended up playing late. I played at 3:45am the first night. I played to nobody. So I hit about seven open mics that week. I legitimately played from the hours of 2am and 4am each night, and that was the most depressing thing to ever had happened in my career. The following night I decided to skip the open mics and enjoy New York City. I wanted to see the band M83 who were playing Webster Hall. I was having sushi around the corner, and I went outside and just got a ticket from someone out front. I show up at the venue and sure enough the tickets I bought was counterfeit. I was turned away and I didn’t get to see the show and it was absolutely pouring rain. It was that time just before winter so it was about 3 or 4 degrees and pouring rain, and I was freezing and cold. So I went to the liquor store, I bought a bottle and walked to my hotel. It was pouring on the way. My shoes were completely ruined and I got soaked to the bone. When I got back to my hotel and dried off, the song Liquor Store Blues just came out of me. That’s the story there,” Craig Stickland explained.

Eventually Craig Stickland’s music career took off, and so did his modeling and acting career. In addition to being a renowned recording artist, Craig Stickland is also a model and actor.

He’s working along side Kate Findlay (The Killing, How To Get Away With Murder, and The Carrie Diaries) on Verizon Go90’s music series titled “Lost Generation”.

“When my music started to take off I told my agencies that I’m not really available for any other auditions, I’m just going to do my thing now. I’m busy, it’s all good, I’m making money now, it’s fine. My Canadian acting agent who I’ve been involved with for a very long time and they are very loyal and I have a great relationship with, they called me. They said listen we know you’re booked out but Ron Howard’s production company has this really cool project. My agent called me and said listen they are calling you off the hook. They won’t stop calling. I know you’re busy and you’re doing your thing but they keep calling, do you mind putting yourself on tape. Fine, whatever, I’ll put myself on tape. I had distaste in my mouth from the acting industry because I would do the work, work as hard as I could but would never get a good role. I was totally jaded by the whole industry. I put myself on tape without thinking much of it. Sure enough, I had a meeting the next day with the director and she said you’re the perfect person for this role. We need a musician. All these boxes have been checked off in her mind, and I was the guy for the role. She ended up booking me in the lead role along with Kate Findlay. We shot that in Montreal and it was an incredible experience. Duncan Sheik who did the music had won Tony Awards for his work in other musicals, so it was just a great project to get involved with,” Craig Stickland stated

Like with music, it took a while for Craig Stickland to get his big break. He had a lot of minor roles in movies like in Scott Pilgrim vs. The World, and television shows like Being Erica, Lost Girl and Degrassi: The Next Generation.

“I acted in little roles like that to make extra cash but nothing I did was ever known, nobody would recognize me as an actor. I’ve been on a ton of TV shows, but it’s been one day here, guest star here, whatever on Canadian TV. I went for huge roles too, but never got them, and was pretty disappointed about the acting industry,” said Craig Stickland.

Just like music and modeling, it was Craig Stickland’s modeling career had a slow start, but has really taken off over the past few years. He has been the face of brand campaigns for the likes of Diesel and Indochino.

“I’ve done a lot of modeling work. I just recently shot a campaign for Indochino, for Sporting Life, for Diesel, for Bootlegger Jeans. A lot of campaigns like that, and it was fine because I was working at the bar, and I was 26 or 27 at the time. I was so stagnate in Canada. I was trying to make a living as a musician, and I couldn’t make a living for the life of me. It wasn’t for a lack of hard work. I’d put every spare second in. I might make a couple hundred bucks here and there but nothing was really clicking for me on that front either. My manager says, why don’t you get into amazing shape, go to the gym every day, get ripped, get abs and I’ll get you work. Basically what happened was, I was working at the bar till 4am that night, I would wake up at 8am and train every day for about a year straight. I got ripped. I put on 30lbs of muscle mass, which is kind of odd for a musician but I did it because I needed some way of making a living and getting out of the rut that I was in. Sure enough, I got in shape, and my manager got me work, and the rest was history,” Craig Stickland reminisced.

Although there are more opportunities in the entertainment industry as a musician, actor, and model in the United States, Craig Stickland still misses Canada.

“What I miss most about Canada is the people, I miss the health care, I miss the general politeness. There is just a great vibe in Canada. It’s one of the best countries in the world, of all the places I’ve been too,” Craig Stickland concluded.

Tickets for Matthew Good and Craig Stickland live in Ottawa on March 16th are on sale online at Ticketmaster. The show at the National Arts Centre starts at 8pm and is an all ages event.

Interview with The Devil Wears Prada playing Ottawa on May 4th