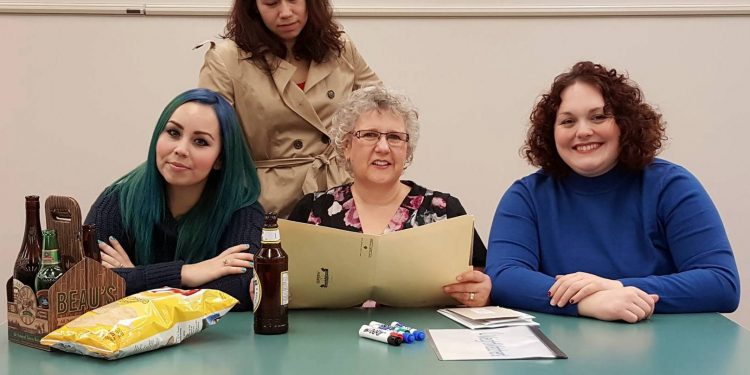 The play is directed by Katie Burke and produced by Dan Youmelle. The local production features a large cast of local actors including Laurie Manzer as Terri, Jenny Dagenais as Barb, Krystal Taillon as Mary, Nikaiataa Skidders as Amanda and Jennifer Crites, Elaine Kennedy, Alison Latimer, and Yvonne Lortie as the four gossips.

“Knickers” is set in the fictional Northern Ontario town of Elliston Falls where the main employer, the local paper mill, has shut down throwing many of the townsfolk out of work. Four enterprising women soon realize that desperate times call for desperate measures and that a risque proposition may save the town.

Burke stated: “Knickers is a delightful, irreverent comedy that celebrates determination, entrepreneurial spirit, and life in small town Canada. It will have great appeal for local audiences.”

Tickets at $20 are available at Scotiabank Cornwall. For further information, contact Dan Youmelle, at 613-938-1930.