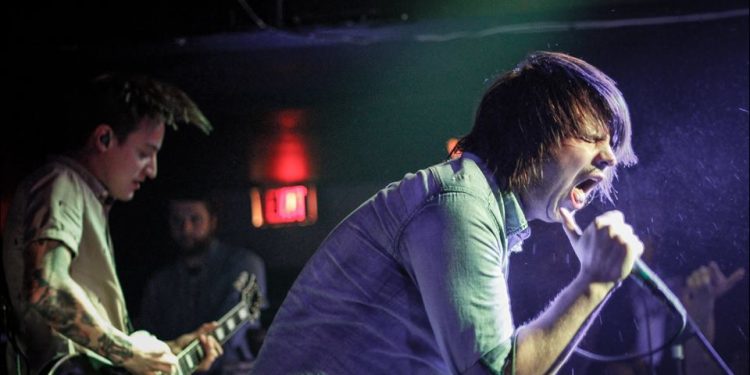 Ottawa Ontario – Canadian hardcore band Silverstein are heading out on tour and playing the Brass Monkey in Ottawa on April 20th, 2017.

Silverstein, who were formerly on Victory Records and on Hopeless Records, are now signed to Rise Records.

A few months ago Silverstein released a music video for the song “Ghost” off their upcoming album. The song has been played over half a million times since October.

The lyrics to the song “Ghost” evoke feelings of betrayal and hurt and come from a dark place.

“Yeah man. They’re from a place of anger. I’d say with the past songs when it was more aggressive lyrically it was more from a place of sadness, or a place of defeat. It’s funny this is literally the first Silverstein song (and we have like 100 or something) that has the word ‘f-ck” in it. So yeah, I was pissed,” said Paul Koehler.

The new album, which is anticipated to come out later in 2017, does not have an official title or release date yet.

“We’re working on it! That’s about all I can say. Oh, and it’s going to be really awesome,” Paul Koehler stated.

It was their debut record on Rise Records – and it was a union twelve years in the making.

“Well, it’s cool because Craig and I have been friends for 12 years. He was always a fan of us and reached out back when we were on Victory and wanted to put out our early stuff. Ultimately it didn’t happen but we kept in touch and here we are 12 years later rocking together. So cool!,” Paul Koehler explained.

Silverstein’s break out album came out in 2005. “Discovering the Waterfront” was nominated for a Juno Award and reached No. 34 on the Billboard 200 charts. Over the past 17 years Silverstein has sold over a million albums. When the members of Silverstein first started playing shows in Burlington, Ontario back in 2000 they never imaged that kind of success.

“Hell no. We didn’t even think we would put out a record when we started. We figured have some fun in Josh’s basement and maybe play a couple shows. Haha a million records, how insane is that? It’s unreal man,” Paul Koehler disclosed.

The name of the band came from the author Shel Silverstein. Did the band consider any other names seventeen years ago?

“Dawn of the Fall” was one of the other ones. We ended up calling a song that. Otherwise I can’t really remember the particulars. It was like 17 years ago,” Paul Koehler reflected.

Over the years Silverstein has toured with Rise Against, Avril Lavigne, The Devil Wears Prada, Senses Fail, Good Charlotte and many others.

“You mention Rise Against, we played Red Rocks in Colorado with them. It was a pretty special show. To be a bunch of punks and playing that legendary and beautiful outdoor Amphitheatre was really cool,” Paul Koehler reminisced.

Paul Koehler has always been a fan of punk rock, and that musical influence is apparent on the album “Short Songs” which features numerous punk rock cover songs including Nofx’s “It’s my job to keep punk rock elite”.

“For me 100%. (Punk) it’s all I cared about. The “post hardcore” or “emo” stuff came way later for me. Pretty much until right before Silverstein started I just wanted to play fast punk rock. I was in another band called Jerk Circus that was straight up punk, so with Silverstein I never tried to incorporate much punk into it. But then years later we realized the places we had done it here and there over the years were cool. So we did “Short Songs” and for me, it’s one of my favourite things we’ve done. I know a lot of people didn’t get it, but we didn’t expect them too. We made that record for ourselves,” said Paul Koehler.

Will any members of Silverstein be visiting Parliament Hill earlier in the day for the 4-20 festivities?

“Josh will be,” said Paul Koehler.

The concert on Thursday, April 20th starts at 7:30pm. The show is 16+ and tickets are $20 and can be purchased online. The Brass Monkey is located at 250A Greenbank Road in Ottawa.

“(To our Ottawa fans) You’ve always been sweet to us, and a big thank you for taking Dion Phaneuf,” Paul Koehler concluded.