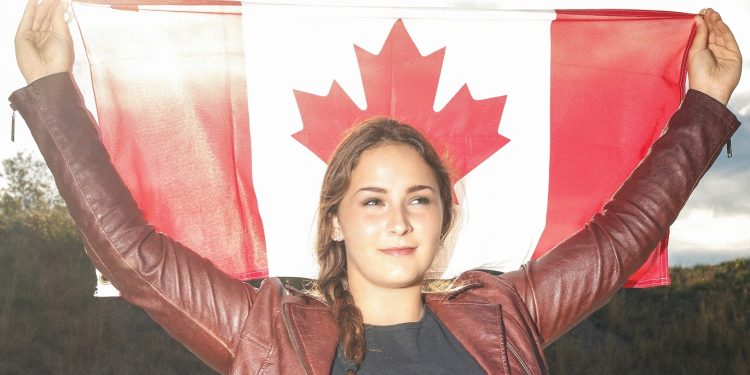 Local athlete and target shooter Mary Patrick is taking her Canadian flag and heading to Germany for the ISSF Junior World Championship from June 22nd to June 29th.

She will be competing in the 10m air rifle women junior event.

“At this championship, I am competing in the women’s 10m air rifle event. If I place in the top 8 of the 129 competitors there, I will compete in a finals match. If I place in the top half of competitors, I will also be asked to compete in a trial mixed gender air rifle team event. This event will consist of one male and one female athlete put together to make a pair, or a team, and compete against other teams. The highest cumulative score wins that match, with the same highest score rule for the individual event. My goal, realistically, is to place in the top 100, seeing as this is my first international air rifle event that I had to qualify for.

Mary Patrick will be shooting along side the best at this international competition, including 2016 Olympic gold medalist Virginia Thraser, and the top junior athletes in the world.

“I think it will be a neat experience not only shooting with her, but also with the top junior athletes in the world. When she shoots, she is calm, cool, and collective. With her, you cannot see the emotion on her face when she has a good shot or a bad shot. She gets in her mental zone on demand, and that is an admirable yet necessary quality for any good shooter to have. When she is off the firing line, I have heard she is a very positive person and fun to be around.

For me, it is not a competition against other athletes. It is just another competition against myself. I take each 40 shot match and split it up into 40 one shot matches. You must take competitions like these one shot at a time; you can’t get stuck on and beat yourself up over your bad shots, but you can’t get super excited over your good shots either. And that’s when the mental zone we spend years reinforcing becomes so crucial,” Mary Patrick disclosed.

Mary Patrick has worked hard to achieve success. Her ability to compete on a world stage is because of both her talent and a successful crowd funding campaign.

“My crowdfunding campaign went very well. I could cover the costs for this World Championship as well as the remaining costs for the matches in England. This year, I tripled what I raised last year, thanks to the community and three new sponsors – the Canadian Coalition for Firearms Rights and their social media group, PGW Defence Technology, and General Dynamics. This greatly surprised me, especially when a member of the CCFR had made a challenge to double all funds raised within a 5 day period. This turned into about $4000 of extra funding from this, and I can’t express my gratitude towards these people,” said Mary Patrick.

The ISSF Junior World Championship will give Mary Patrick her first international ranking. Her goal is to compete at the 2020 Olympics.

“Since this event marks my World Cup debut, I will be using this competition to learn the layout of international air rifle events, get my first ranking, and learn what I need to work on for future international events to prepare for the Olympics. I will continue attending World Cups and World Championships as long as I can afford it to prepare for 2019, where I will be competing to earn my quota spot at the 2020 Olympics,” Mary Patrick concluded.

For more information on Mary Patrick, check out her Facebook page.