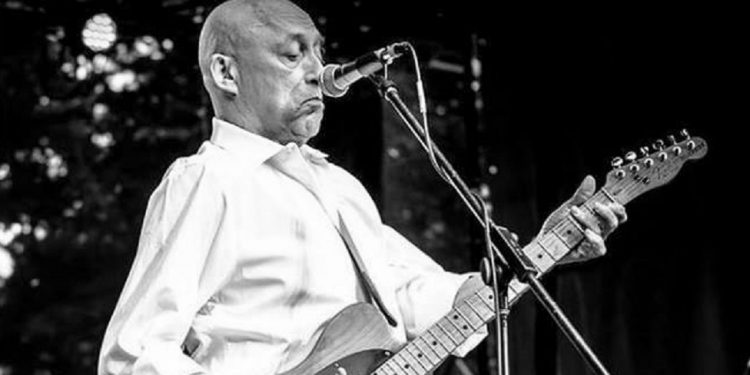 Legendary singer-songwriter David Wilcox will be the headliner on Thursday, July 20th to kick-off the opening night of the festival.

In his youth David Wilcox was a huge fan of Elvis Presley, and he enjoyed the subversive elements of the King’s musical performances.

“What drew me to Elvis Presley was that his music was subversive. When the Beatles came around, grown-ups saw them as four mop tops, and didn’t take it very seriously. But when Elvis came on the scene, it was different, the adults really didn’t like his stage performances and dancing… I hope people find my music subversive, but it’s up to the audience to decide whether it is or not,” David Wilcox stated.

David Wilcox’s admiration for Elvis Presley as a child made him want to get a guitar.

“I asked for a guitar as a kid, and got one when I was 9 or 10 years old for Christmas. It wasn’t an expensive guitar. A few years later my mom, who was a single mother, got me a nicer guitar when she saw I was very serious about it. It was a Harmony. She was very supportive of my passion,” David Wilcox reminisced.

It was money well spent, because David Wilcox soon became a terrific guitar player. He would have a successful audition with Great Speckled Bird – and they became the house band on the Ian Tyson television show Nashville North.

As a member of Great Speckled Bird he backed the likes of Anne Murray who had become a huge commercial success with “Snowbird”, Charlie Rich who won two Grammy Awards, and Carl Perkins who helped invent Rock and Roll with hit song Blue Suede Shoes.

David Wilcox learned a lot about how to be successful in the music industry through this experience.

“I learned professionalism, showmanship, and what it really takes to succeed in the music industry”,” David Wilcox replied.

The experience of being on television not only helped David Wilcox with live performances but with his social life too.

After a successful run with Great Speckled Bird, David Wilcox started his own band: David Wilcox and the Teddy Bears. His eccentric live show included wearing an over-sized waxed mustache, baggy suit, and a flower lapel. It was gimmicky, but it was also a way to get noticed.

“Everyone was doing something different – and you needed to do that to get noticed in the bar scene. One guy did a weight lifting routine, and another blew up a TV on his head. Putting on a unique stage show helped get us noticed before we got signed to a major label,” David Wilcox explained.

In 1977 David Wilcox had his first album released, which included popular songs like “Bad Apple” and “Hipnotizin’ Boogie”.

In the early 1980s David Wilcox signed to Capitol Records, and he had five albums certified gold or platinum that decade. Some of his best-known songs from the 1980s include “Downtown Came Uptown” and the iconic song “Riverboat Fantasy”. What was the inspiration behind “Riverboat Fantasy”?

“The origins of jazz music always fascinated me. It was never recorded. I imagined what it would be like hearing the jazz bands live on the riverboats at the turn of the century. It would have been a party. That is the inspiration behind Riverboat Fantasy,” David Wilcox responded.

For David Wilcox the song writing process for his best songs is usually quite spontaneous.

“My best songs are written in a short period of time. I wrote “Layin’ Pipe” in a very few minutes. For the most part, working on a song for a long time just makes things repetitive – not better,” David Wilcox stated.

David Wilcox is also an award winning musician. He won the COCA’s Entertainer of the Year award, and he was nominated several times for the Best Male Vocalist of the Year at the Juno’s.

The talented guitarist reached guitar hero status in 2015 with a memorable live concert sharing the stage with some of the best guitarist in the world.

“They were nice guys, and I’m sure they are still nice guys. It was an amazing night. When I was starting out I emulated James Burton quite a bit, and I told him so that night. Of course being on stage with Alvin Lee and Amos Garrett was great too. Nobody tried to out play the others. They all brought something special to the stage, and I think I brought my own unique guitar playing that contributed nicely to the performance,” David Wilcox reflected.

Now David Wilcox is working on a solo acoustic roots album of brand new material, however there is no set deadline of when it will be released.

“Yes, I am working on a brand new acoustic roots album. There is no release date. I’m not working on a deadline, like I had to do being on a major label. Of course, there is good reasons why major labels need to have deadlines. It will be out when it’s done. I hope that will be sooner than later. Stony Plain Records will be releasing my solo acoustic album,” David Wilcox added.

After decades of touring, winning awards, and having gold and platinum albums, what is David Wilcox’s greatest accomplishment?

“I consider my greatest accomplishment to be putting on a great live concert and connecting with the audience. After the show, if I speak to an audience member, and I made their night – that is special,” David Wilcox replied.

David Wilcox has two things he would like to say to the music fans in Kemptville Ontario for the upcoming Music Festival.

“I want to tell the audience two things, you’re going to have a great time, and roll on down, because it’s going to be a fun night,” David Wilcox concluded.

The Kemptville Live Music Festival takes place on the beautiful grounds of Kemptville College – a short car ride from both Ottawa and Cornwall Ontario.

For more information on entertainment, directions, or how to get tickets visit the Festival’s official website.