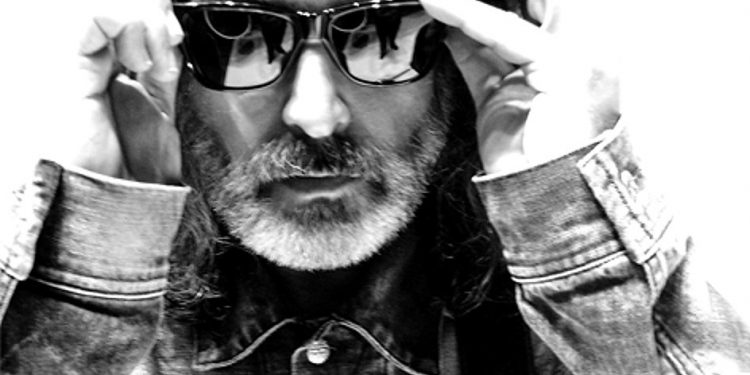 Cornwall Ontario – Michel Pagliaro will be joining The Box, The Darby Mills Project, Barstool Prophets, and seven other bands at the second annual Cornwall Musicfest. The event is titled “The Barley & Hops Tour” and takes place on Saturday, August 19th, 2017 at the Nav Centre.

Michel Pagliaro is a Juno nominated singer, songwriter, and guitarist from Montreal, Quebec. He is also the first musician to have top 40 hits on both the anglophone and francophone Canadian music charts.

“It’s an accomplishment of some sort, but I don’t really see it like that. Sometimes I have ideas, and I come up with songs in French, bilingual, and sometimes I do the same thing in English. The fact that I did get success in both is a mix of luck and work. I feel that I’m lucky to have the chance to learn two cultures, and have the opportunity to get success in both. I don’t have any particular preference. Some material comes out better in French, and some comes out better in English. If you were to translate it and vice versa, it doesn’t work,” Michel Pagliaro explained.

In 2008, Michel Pagliaro was the recipient of the Governor General’s Performing Arts Award for Lifetime Artistic Achievement. It’s Canada’s most prestige honour for a performing artist.

“It was a very big surprise, because usually these awards are given to people popular in the arts. I was very honoured to have this distinction. It wasn’t something that I was seeking, it was something that was given to me. I am very thankful for it because it’s a great honour. To be given an honour like that by your country, I feel lucky,” Michel Pagliaro disclosed.

Michel Pagliaro has many hit songs like “Give Us One More Chance”, “Lovin’ You Ain’t Easy”, “Rainshowers”, “Some Sing Some Dance”, and “What The Hell I Got”. What made these songs so special? They all had the right tone, and this has been the key to Michel Pagliaro’s success. The tone of the mix, the tone of his instrument, the tone of his voice, it all comes together to create the right feeling for his music.

“That’s a very interesting question because everything is in the tone. You might be playing the right notes and all that stuff, but if you don’t have the right tone, it doesn’t translate the right emotions. So tone, the tone of the mix, the tone of the instrument, the tone of your voice, the tone of everything. The general mix of all these tones together create a sound. These things are very important because they give you the right sentiment, the right colour that the piece should have. If you don’t have that, something is missing, and you can’t put your finger on it – you like the song, you like the whole thing, but you’re not getting in to it. Tone is one of the most important things, even if it doesn’t get talked about that much. Even a professional musician, someone who plays violin, might be a very good player, but if his tone is not as good as the guy next door. In that case, the guy next door will be chosen, not the guy who doesn’t have the right tone – even if he has all the experience in the world,” Michel Pagliaro remarked.

Fans have been waiting eagerly for a new album. Michel Pagliaro has worked on a lot of new material, and he is working towards creating a long awaited new album, but there is no time table of when it will finally be finished or released.

“It’s coming together. It has nothing to do with the time, because we’ve done a lot of projects that were terminated, because we didn’t find the people to produce it. Sometimes producing your own stuff gets to be difficult. It’s not always an inspirational thing. You have to organize the financial side, it gets to be quite complex. It gave me the opportunity to write a lot of stuff. Just because you don’t put out records doesn’t mean you don’t make music. Sometimes people make more music when they don’t put out records. I am working on something. Most of the cuts are in English, but there are some in French,” Michel Pagliaro pointed out.

Michel Pagliaro was on major record labels like RCA and Columbia. “The artists are still there, the labels are not,” Michel Pagliaro said. The record industry has changed considerably, and has shifted from physical albums to online streaming.

“There was a time when labels did more artist development, and they were more interested in building the career of an artist, but that floated away quickly. The independent had to take over because the majors were just distributing, promoting, and not necessarily caring about developing. Now, today, all that is gone. Major labels have gone, the same way as small independents. They are subservient to the mobile companies, they are the ones making all the money in the music, charging you so much a month. Not just in music, but in a lot of different industries the middle man has gotten completely pushed out of the way. People are buying stuff online, it’s cheaper. It’s interesting because it’s more evolution, but it’s like we’re back in the 50s buying stuff in the catalogues, and getting it shipped home. We’re back to like the 50s, except we’re doing it through the internet. Cars don’t have CD players anymore, laptops don’t have CD players anymore. The whole thing is a technical revolution. What happened to vinyl? It disappeared when compact came in, compact disappeared because of streaming. Forget downloading, it’s all going to be streaming,” Michel Pagliaro stated.

A lot has changed since Michel Pagliaro got his first guitar at the age of eleven. He remembers getting blisters as a young boy learning to play. He also recalls his first shows playing at school dances and in church basements.

“I was eleven when my father bought me my first guitar. He bought me the guitar because around the corner from my house, there were some young fellows I became friends with. They were a little older than me. They had rehearsals in their basement, making music. I use to go there with them and hang out with them. For Easter, my father bought me a guitar, so I started playing on the balcony. I got blisters on my fingers trying to play Peter Gunn. I guess at that age, you’re not really thinking of careers. It wasn’t a career plan, I just played along with friends in little bands, school dances, church basement dances, little dance halls, and clubs. One day, the guy who use to play bass with me, who’s still alive today and we’re still friends, called me. Three or four months later he called me. He said, Michel, you should come with us, because they got a record deal, and the singer just left. If you come with us, they are looking for a singer, they know about you, and they like you. That’s how I got started making records in 1966,” Michel Pagliaro reminisced.

After 50 years Michel Pagliaro keeps playing because it’s his profession but it’s also his passion.

“Well, you got to eat. You got to perform and generate a little money for income. It’s getting more and more difficult. Gigs are not that easy to find, and the economy for that is quite difficult, and expenses are high. Doing live gigs is a lot of work, but it’s work that I enjoy. If I didn’t enjoy it anymore, I wouldn’t do it. I do enjoy it, and have a lot of people come to see me. I do a lot of different kind of shows. I have a group, acoustic shows, electric shows, and I try to work as much as possible. For Cornwall Musicfest it’s going to be an electric show. I have a great band. People are going to get a good blast. To me it’s always been an energy thing. It’s a tone thing, energy thing, and songs. You have to have really good songs, good energy, and the right tone. Then you can convey a little bit of spirit to the people. Even if people don’t know about music, they can feel authenticity, they can feel if it’s fun. Everyone is the same basically. If it’s a little boring, and not really that interesting, people feel it right way. Keep it interesting, keep the energy going, and have something to convey,” Michel Pagliaro added.

Michel Pagliaro is looking forward to playing an outdoor festival and Cornwall, and he hopes the weather will be great.

“I can’t wait to come back. I’ve went to Cornwall a few times. Last time was in a big banquet hall. It’s an outside festival this time. Hopefully it won’t be raining. It’s been a wet summer so far. Just last week I got caught in a hail storm” Michel Pagliaro concluded.

Cornwall Musicfest 2017 “The Barley and Hops Tour”, which is organized by Limelight Entertainment in conjunction with booking agent Alkaline Entertainment, has partnered with the NAV Centre and Corus Entertainment to deliver a celebration of music and beer.

Interview with No Use For A Name drummer Rory Koff