Agree to Disagree – Are we heading for nuclear war? 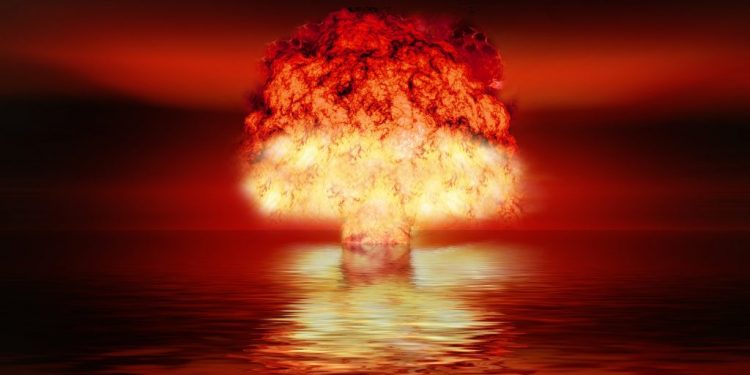 What a world we live in!

I don’t know about you, but lately, I’ve been terrified about the future.

With North Korea being presumably so close to having the means to deliver a nuclear weapon to USA mainland, and with Canada possibly being in the crossfire, it is a wonder how we sleep at night.

Agree to Disagree: Why I’ll be shopping in Quebec for now…

This game of “mine is bigger than yours” being played by President Donald Trump and North Korean Supreme Leader Kim Jong-Un seems downright childish, like two toddlers arguing about who’s daddy is stronger. But contrarily to the latter, where toddlers arguing is basically harmless, these two’s words have the potential to become a massive, unstoppable snowball that will annihilate everything in its path..

With every new rocket launched, with every missile tried, good ol’ Kim is testing the world’s patience. With every response, every comment and every tweet, Trump is poking the bear, taunting the madman. But really… Should you engage a madman?

North Korea has been a problem for many, many years, a problem that was tabled by most previous administrations, as if ignoring it would make it go away. In fact, didn’t the entire world sort of delegated the issue for the United States to handle? It’s not Obama, or Bush, or Reagan’s fault. No. The world is guilty of inaction. Didn’t we learn all about standing Idle during World War II? Don’t we know first hand what happens when we allow evil to take root?

There is a reason North Korea is choosing NOW to rev up their experimentation. Like many , they clearly don’t take the United States very seriously anymore. They are defiant, increasingly empowered and probably backed up by countries pretending to be allies, but who share the same goal and want the same outcome as North Korea: the destruction of America.

Who do you think that is? Which country or countries fit the bill? What happens if the USA preemptively attacks North Korea? How does China responds? How about Japan? Or Russia? Does Russia seize the opportunity and under false pretense, attacks in retaliation, in a preemptive strike as well? See? That is the problem with preemptive strikes… Everybody can do it.

The US is not a well liked country, let’s be honest. With so many ill feelings towards America, I can, in a way, understand why the President has to talk tough. Unfortunately, when it comes to Trump, the tougher the talk, the more ridiculous he sounds. With Twitter being his preferred means to express his opinion, unscripted, unprompted, uncensored, and with serious issues being overshadowed by trivial deflective tactics such as his criticism of the NFL, it’s no wonder America is the laughing stock of the world.

Speaking of deflective tactics, is this all just a genius way to turn a blind eye as to what’s happening domestically in the country? The KKK getting stronger, Obamacare being repealed, DACA… While the public is busy fearing North Korea, they are not paying attention to what’s happening right under their noses. Is America simply imploding?

As Aleksandr Solzhenitsyn once said, “A state of war only serves as an excuse for domestic tyranny. ”

What do you think?  Do you foresee nuclear war in our near future?

The Book Nook: Review of The History of Bees by Maja Lunde