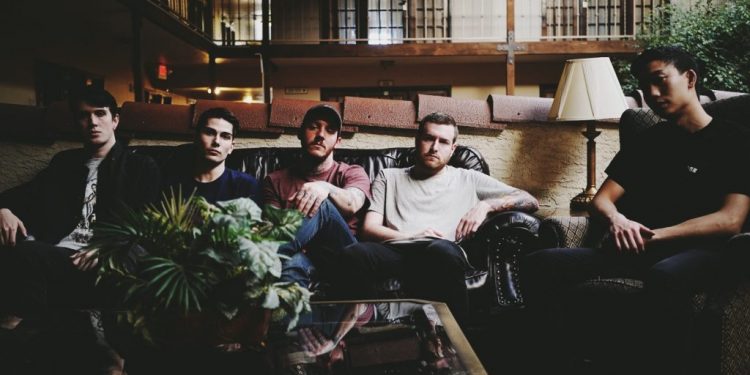 When Counterparts started 10 years ago, Brendan Murphy never imagined the success the band would have had. From playing Warped Tour, to getting critical acclaim in Exclaim Magazine, to being signed by a prominent record label, the band has had an impressive career thus far.

“I had no idea, honestly. There isn’t much that we haven’t accomplished yet in my eyes. I’m very proud of what we’ve done, even if it took 10 years to make it happen. I’d like to continue on the same upward trajectory that we’ve been on, though. We haven’t hit a peak yet, at least not in my eyes,” Brendan Murphy said.

Counterparts new album is titled “You’re Not You Anymore”, and it comes out September 22nd, 2017 on Pure Noise Records. According to Brendan Murphy, those who have heard the record say it is the bands best album yet.

“Well, don’t take it from me but all of our peers who have heard the record already seem to agree that it is the best record we’ve ever done. Quote them, not me. Obviously, we all think it’s sick or we wouldn’t have left the studio until it was. It sounds like a Counterparts record. I’ve said it before, but the main thing we did this time around was focus on hooks and replay value. Obviously, I’m proud of everything we’ve done until now but what sets this record apart is how catchy it is. No filler. The runtime is on the short side for sure, but the material speaks for itself in my opinion. Why write a 5-minute long song when you can get in and get out in 3, you know?,” Brendan Murphy divluged.

“I really like Fragile Limbs for a range of different reasons. It was one of the songs written by our former guitar player Alex Re. We remained good friends after his departure and he dropped a bomb on me one day. We were sitting in my 2000 honda civic (very luxurious vehicle) and he told me he never stopped writing songs. It reminds me of a song that if on Hell and Home would have been fuckin’ huge. Plus I love my clean vocals in the second chorus… even though recording singing parts is hard as hell and I’m not particularly good at it. I love the lyrical content as well,” Brendan Murphy explained.

For those who want to hear a sneak peak of the new Counterparts album, the music video for the song “Bouquet” has been released. It was recorded on a Super 8 camera. The footage was taken by Trey while Counterparts was touring with Senses Fail.

“All the video content from Bouquet was not intended to be a music video. Trey, our merch guy/visual aesthetic expert bought a Super 8 camera while we were on tour with Senses Fail. He was just playing around with the camera and ended up getting some great footage. I wouldn’t say there’s a significance to the Twin Peaks reference, we just always stop at the diner whenever we drive through the Northwest. Most of us do love the show though, obviously… except Adrian. He likes Community and that’s it,” Brendan Murphy replied with a smile.

This summer Counterparts spent some time with their close friends in Silverstein. Shane Told, lead singer of Silverstein, released Counterpart’s first record on his label Verona Records back in the day.

“We just spent an entire summer with them. They were part of the Counterparts karaoke crew for sure. Silverstein, specifically Shane, Paul and Paul-Marc were some of the only people back in the late 2000’s who wanted to help our band. Every other local band had this weird hatred towards us. Looking back now, I can definitely understand why. We were 17 year old kids and our band was buzzing. I guess they saw it as a threat… but for some reason everyone in Silverstein saw past that bullshit and wanted to help us get our name out there. Our first record was put out on Shane’s label Verona Records. I’ll never forget what they did for us. They took a chance on us when a lot of other Ontario bands wouldn’t. I love those guys,” Brendan Murphy responded.

This summer Counterparts enjoyed being on Vans Warped Tour, even though the tour didn’t make it to Canada this year.

“It was our first year doing the tour. The tour was great for our band, though stressful at times for sure. We aren’t really used to such a set schedule – especially one that starts as early as 8 am some days. Ha! I would have loved the tour to come through Canada, but I can think of many reasons why they decided to skip the border crossing. In my eyes, I feel like people from Ontario that love Counterparts would be down with the few hours of driving to come see us at Darien Lake and our set definitely confirmed that,” Brendan Murphy added.

Does it feel like melodic hardcore music is making a come back in Canada?

“Honestly, I’m not too sure. I know that back in the day it was very popular and while I don’t think it’ll ever reach that level again it’s always cool to hear that there are bands who grew up in the same scene we did and killing it. Especially when people tell us that we helped motivate them. Brings a tear to me eye,” Brendan Murphy disclosed.

Brendan Murphy and Counterparts are looking forward to their Ottawa concert.

“Hey Ottawa, I know it’s been a while. I feel like for a minute maybe ya’ll didn’t fuck with us. Ottawa was one of our favourite cities to play in the day and I’m looking forward to seeing you all. Come screech with ur boys,” Brendan Murphy concluded.

Spectrasonic presents Counterparts, Comeback Kid, Stray From The Path, Gideon, and Rats on Sunday, September 17th, 2017 at the Brass Monkey. Admission is 16+ or 19+ to drink. Doors are at 6pm and tickets are $25 in advance + service charges.

Tickets available at The Brass Monkey, Vertigo Records, both Compact Music Inc. locations and online. For more information on the concert visit the Facebook Event page.

Then and Now: The Victorian Order of Nurses