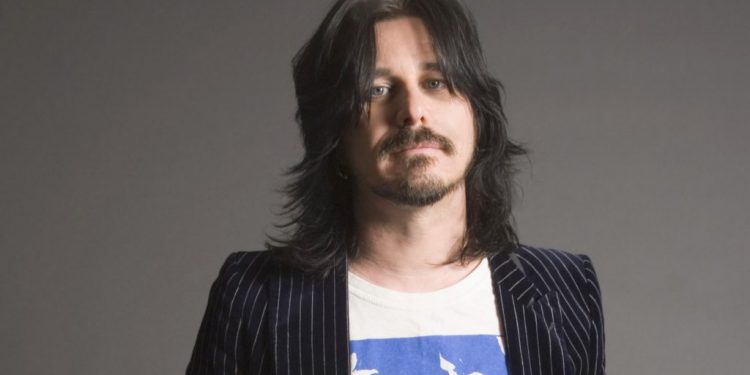 Ottawa Ontario – Gilby Clarke, who was the rhythm guitarist of legendary rock band Guns N’ Roses from 1991 to 1994, will be playing a concert on September 29th at the Brass Monkey in Ottawa.

Gilby Clarke, who replaced Izzy Stradlin in 1991 to become a member of Guns N’ Roses is working on a new album. The recordings are complete, however it still needs to be mixed. The album will feature many prominent musical guests including Mötley Crüe bassist Nikki Sixx.

“I’ve finished recording the new record, but it still needs to be mixed. It’s a solo record, but with that being said there are many guest drummers and bassist. I play all the guitars and vocals. On drums I had Kenny Arronoff, Stephen Perkins, Matt Starr and many others; while on bass Sean McNabb, Muddy Stardust, EJ Curse, and Nikki Sixx make appearances,” Gilby Clarke divulged.

The writing process for Gilby Clarke is straight forward. When he composes songs he usually comes up with a riff or a groove first.

“Yes, since I’m a guitar player, I almost always come up with a riff or a groove. While I work on the music I start thinking about melodies, then lyrics, title, etc… very rarely do I write lyrics first,” Gilby Clarke explained.

Gilby Clarke started to play guitar at the age of 10. Later, as a teenager, he worked at a music store to save up for a Gibson Les Paul. Unfortunately, the guitar was stolen. Fortunately, that did not stop him from becoming a guitar legend.

“My first guitar was when I was 10 years old. My first pro guitar was a Gibson Les Paul. I worked at a music store for a year to save up for that guitar, and when it was stolen and I was shattered. I wanted to do music as a career from day one. I was never in a cover band. I went straight to writing songs and playing original gigs when I was 16,” Gilby Clarke reminisced.

During his time in Guns N’ Roses, Gilby Clarke toured the world, and his fondest memories with the band are those live concerts.

“My fondest memories are from the live shows with Guns N’ Roses. I really felt like we were a band of brothers going to war every night to play those wonderful songs, the way they were meant to be heard through blood, sweat, and beers,” Gilby Clarke remarked.

“I was close to Slash, but we drifted apart after Slash’s Snakepit,” Gilby Clarke recalled.

In 2016, Slash, Alx Rose, and Duff McKagan re-united for the Guns N’ Roses “Not in This Lifetime” Tour. According to Gilby Clarke he was invited to play as a guest, but unfortunately he couldn’t make it due to other commitments.

“I think it’s great that Slash and Axl are back together. I think together they can write some great music and finish what they started in putting Guns N’ Roses up there with the best bands ever,” Gilby Clarke replied.

“I was asked to come play as a guest, but it didn’t work out,” Gilby Clarke added.

What was Gilby Clarke’s favourite song off “The Spaghetti Incident?”

“My favorite track off “The Spaghetti Incident?” was “Down on the Farm”,” Gilby Clarke said.

Gilby Clarke didn’t work in the studio with Axl Rose on that particular record, but the two finally worked together on his solo record.

“The only time I ever worked with Axl in the studio is when he came and sang and played on my solo record. He was a pro in the studio. He knew what to do and what not to do. I loved what he contributed to the song,” Gilby Clarke disclosed.

In addition to being a solo musician, and playing with Gun N’ Roses, Gilby Clarke was in many other bands including Rockstar Supernova with Tommy Lee (Mötley Crüe), Jason Newsted (ex-Metallica), and the contest winner Lukas Rossi.

“I had a great time doing the TV show, but for some reason it wasn’t easy doing the band. I don’t think Tommy Lee ever took it seriously, and Jason Newsted was too serious. I seemed to be stuck in the middle. Tommy was my friend and I knew what we were getting with him, but I could never get Jason to understand what it takes to motivate Tommy. I was also taken back by the backlash from the hard rock community. At that time there was so much shit on TV. We were trying to bring some integrity to rock music and the producers were on our side,” Gilby Clarke said.

Gilby Clarke also played in Heart, MC5, with Nancy Sinatra, and with Kathy Valentine (of the Go-Go’s).

For the live show in Ottawa, Gilby Clarke will have a backing band. He will be playing mostly music from his solo records, but he will throw a few Guns N’ Roses songs in the mix.

“It’s myself and my bass player EJ Curse, and a Canadian drummer with us this time in Dustin Steinke. We mostly play songs from my solo records, but we throw some Guns N’ Roses, some Stones, and good old’ rock n roll. We play a kick ass rock show that will put a smile on your face,” Gilby Clarke announced.

Gilby Clarke is excited to return to Ottawa. His message to fans is simple.

“Get ready to rock and roll all night,” Gilby Clarke concluded.