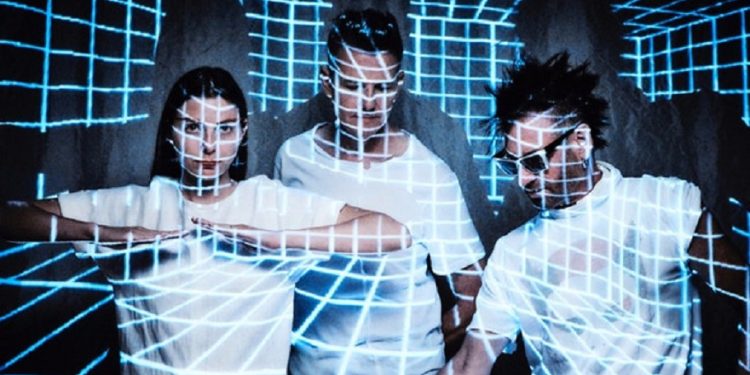 Ottawa Ontario – Bauhaus, Tones On Tail and Love And Rockets – Daniel Ash and Kevin Haskins were founding members of all three bands. Now joined by Kevin’s daughter Diva Dompe on bass, they have formed a new band called Poptone.

Poptone are playing at The 27 Club in Ottawa on Saturday, September 30th.

Daniel Ash and Kevin Haskins have spent decades working along side each other creating music.

“Our professional relationship is one of mutual respect and integrity. We understand how each of us tick and share the same values. I think Daniel is one of the most unique and innovate guitarists ever to walk the earth and he can also write a very good tune! He raises the game of anyone who works with him and inspires me to think out of the box. I feel very fortunate to still be working with him,” Kevin Haskins said.

Daniel Ash and Kevin Haskins started the post-punk gothic band Bauhaus in 1978. Their musical influences ranged from The Velvet Underground to Joy Division.

“Our influences were The Velvet Underground, Roxy Music, Bowie, The Sex Pistols, The Clash, Mikey Dread, Lee Scratch Perry, The Beatles, The Stooges, Marc Bolan, Joy Division. The list goes on and on,” Kevin Haskins stated.

From meeting Iggy Pop, to performing with Nico, Kevin Haskins has many fond memories from those early years playing music.

“There were many fond memories including the filming of The Hunger, playing on Top Of The Pops, Iggy Pop coming to our first show in NYC, touring with The Birthday Party and Magazine, and performing I’m waiting for my man with Nico,” Kevin Haskins recollected.

Since then, Bauhaus has become a part of pop culture – referenced on television shows like Beavis and Butthead and South Park.

“Both of those shows were very highly rated and it was fun to be included. I guess it’s a sign that you’ve finally made it,” Kevin Haskins said with a laugh.

When Tones on Tail started in 1982 they had a very different sound. One critique described it as “doom-and-dance-pop”.

“As with all of the bands, we never preconceived a plan or a sound, it just happened! I think the only conscious decision was to be innovative. It’s drawing on influences but not in a forced manner and letting it flow,” Kevin Haskins explained.

“Again, there was never any decision to change direction other than we would tend to react against the tone of the previous LP or incarnation,” Kevin Haskins added.

Daniel Ash and Kevin Haskins also played in Love and Rockets. Their song “So Alive” hit #3 on the Billboard.

“I think Love And Rockets was an evolution and gradually learning how to song write. Influences such as the the different engineers/producers we worked with and being tuned in,” Kevin Haskins said.

There was a tribute album created in 2009 to honour Love and Rockets featuring bands like The Flaming Lips, Frank Black, The Dandy Warhols, and many others.

“I was very pleasantly surprised with the tribute album but when you look at the caliber of artists involved it’s no surprise that it was a success,” Kevin Haskins replied.

The Poptone live show will feature music from Bauhaus, Tones On Tail and Love And Rockets. In the future fans can expect to hear new material.

“Poptone is a retrospective project featuring the music of Bauhaus, Tones On Tail and Love And Rockets. However we are planning on writing new material in the future,” Kevin Haskins said.

This will be Poptone’s first show in Ottawa, Ontario, although Daniel Ash and Kevin Haskins played Ottawa before in their previous bands.

“I’m very excited to be playing again in Canada. I have very fond memories of touring here and when our first Love And Rockets single went Gold,” Kevin Haskins concluded.

The show is presented by Spectrasonic, Beau’s All Natural Brewing Co., CHUO 89.1 FM, and Apt613.

Doors are at 7pm, and the show starts at 8pm. The event is all ages. Tickets are $29.50. Tickets are available at Vertigo Records and both Compact Music locations. They are also available online.