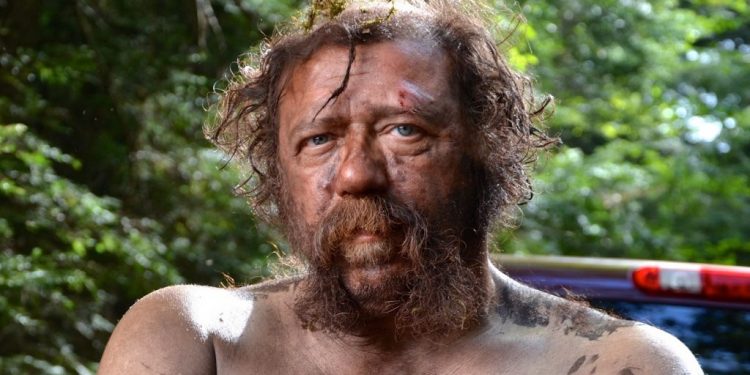 The Greasy Caveman Show Tour features everything from hot dog eating contests, to karaoke singing, and of course meet and greets for the fans.

“It gives a little of everything. Singing, dancing, and contests. It’s a lot of fun for me and everyone else that attends. The bigger the crowd the more fun everyone has – that I can guarantee you,” Sam Tarasco stated.

The character of Sam Losco has been known as “The Caveman” for the past several seasons of Trailer Park Boys. His character loves eating hotdogs, and the hotdog eating contests during the comedy shows is an extension of that.

“Losco has been known as “the Caveman” for a few years now on the show, but I will tell you that when I was a teenager, they called me “apeman” due to my long arms and “caveman” attitudes. Losco loves to make and consume hot dogs. The contest is in fact an extension of that. Sam Losco will be doing his greasy show in his greasy style. If people are expecting a traditional stand up comedy act, they can f-ck off right now! But, if they want to have some good ole dirty, greasy, Caveman laughs… they will have come to the right place,” Sam Tarasco explained.

“They are average guys leading average lives. They may get into a little extra trouble than your average Joe, but everyone knows someone like someone on the show, so they relate to the characters,” Sam Tarasco reasoned.

In traditional narratives characters evolve and grow, but much like the boys in Lord of the Files, the character of Losco devolves from a veterinarian to a caveman. His fall from grace starts in the Season 1 episode “Mrs. Peterson’s Dog Gets F-cked Up”.

“Everyone has ups and downs. Losco does what he needs to do to survive. He takes a lot of shit but always bounces back, and never gives up,” Sam Tarasco replied.

Sam Tarasco’s favourite episode is “Jim Lahey Is A Drunk Bastard” in Season 2.

“The election speech in Season 2 had so many moving parts and it came together great. Plus I was the “star” of that one!,” Sam Tarasco said.

According to Sam Tarasco, the writers and crew of Trailer Park Boys are geniuses.

“The writers and crew for the show are geniuses, but they are also reasonable. If a little of “me” comes through, and it is organic, and realistic to what we’re doing, they wouldn’t shut it down,” Sam Tarasco responded.

Outside the world of acting Sam Tarasco has been a bodyguard, teacher, distribution manager, bouncer, and manager at call centres. He explains how he made the jump to acting.

“Right place right time, but I’ve been a (char)actor all my life. Studied some theatre in high school and was a class clown. As a talent coordinator, you deal with a lot of bullshit from artists. When they see what I do (with Trailer Park Boys) they see me more on their level and aren’t such dicks – some that is – others are just plain dicks and need to get off their f-cking pedestal,” Sam Tarasco disclosed.

Growing up, Sam Tarasco’s comedic influenced included The 3 Stooges among others.

“The 3 Stooges, Jerry Lewis, Abbot and Costello, the Carry On gang, Ma and Pa Kettle….I could go on forever. There was some great comedy available when I was growing up. I liked them because they “took me to a happy place” and help me forget about reality. Comedy was my first “drug”,” Sam Losco noted.

What Sam Tarasco enjoys most about stand-up comedy is the audience interaction.

“The audience interaction. The jokes may be the same from show to show, but every show is different depending on the audience and our back and forth,” Sam Tarasco said.

Sam Tarasco’s message to fans is simple, come out to the show – satisfaction guaranteed or you can slap his manager in the face he said jokingly.

“Get your asses out to the shows, you won’t regret it. If you aren’t happy with the show, you can give my manager Brandon Bird a bitch slap in the face. If no one shows up, I’ll bitch slap Brandon myself. Win – Win,” Sam Tarasco concluded.

The Greasy Caveman Show featuring Sam Tarasco is brought to you by the Diamond Mine Agency. The shows will be hosted by Noah Maloney (the guy who eats a photo of Jason Segal everyday).

Here is the tour schedule: