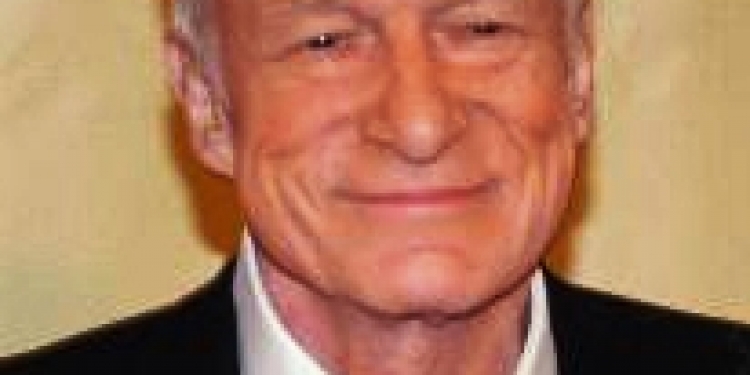 Before I start, I want to say that I fully understand why you would want to take a moment of silence and pay homage to this man.  I get it.  He’s an icon.  To you, and to so many others, male and female alike, Playboy is synonym of coming of age.  You may have fond memories of your teenage years, back in the day, when you first discovered your own sexuality and found a copy of the glossy coloured printout that tremendously helped you explore your newly found puberty, and therefore harbor a somewhat distorted, almost romantic view of the Magazine and its founder.  This man completely changed the narrative about sexuality, some think in a good way, others, would debate, in one of the worst ways.  Good or bad, he opened the door to change.  So yeah, I get it.

It is easy to fall into admiration for someone as successful, as rich and as famous as he was; it’s even easier if you’re coming from a male perspective.  He lived a life so many envied, a life filled with freedom, luxury and gorgeous compliant women, many at once!  What man wouldn’t want that!   It’s every guy’s fantasy.  And while it is undeniable the ladies who posed for Playboy did so out of their own free will and volition, it doesn’t take away the fact that Hugh greatly took advantage of situations, created them even, in order to make money on the backs of women.  One could suspect coerced consent at times.  There are numerous testimonies of ex-wives and old girlfriends describing living in the Playboy Mansion  as oppressive, not liberating and recall being treated more like objects than people. “But feminists still oppose you for treating women as objects,” a reporter told Hefner in a documentary entitled Hugh Hefner: Playboy, Activist and Rebel .  “They are objects!”, responded Hefner.

Yes, he took steps to help the liberation of women, but end result always seemed to be protective or beneficial to men, not so much instrumental to the empowerment of women.  Did he champion abortion rights really for us, or did he simply need to make sure men could keep having unprotected sex without the threat of having to get married or pay child support?  Being that good ol’ Hef used Quaalude as “thigh openers”, I would be inclined to think the latter.

While Hef has been widely credited for the sexual revolution I would turn to history to say otherwise.   His role in the sexual revolution was coincidental at best.  Contraception is what propelled the era, which Hefner had nothing to do with.  He did, however, champion sexual exploitation!  He made a living exploiting men’s appetite for sex and women’s desire for independence.

Social media has been lighting up like fireworks for this man.  I am baffled to see so many people refusing to admit the legend was anything else but an outstanding human being.  They vehemently deny Hefner had a deep dark side involving questionable practices that most definitely weren’t respectful of women.  It irks me  that he is being hailed as an ace for women causes when in fact, he did more to keep us chained into unrealistic standards of beauty than anybody else since feminism started.  He set the bar at a practically unattainable high as to what a woman “should” look like.  He was instrumental in propagating the 36-24-36 Barbie-like measurements that women, still today, literally make themselves ill trying to achieve, or feel absolutely inadequate for not reaching. He fathered anorexia and bulimia and indirectly condemned many women to years and years of therapy.  How is that constructive to women causes?

I’ve been called a feminist, a male hater, a crazy woman who has lost her mind by both men and women for my stance on Hefner on social media this past week.  I’ve been told I’m just jealous because I’m not beautiful and just am envious of the many Playboy Bunnies who were pretty enough to make the cut.  It was said that every woman just dreams of being coveted and lusted after the way these women are.  It was also said that porn is equally consumed by men and women and any woman who protests it is a prude, probably fat and ugly.

I would encourage commenting, but quite frankly, I’m pretty exhausted on the topic, so feel free NOT to comment.