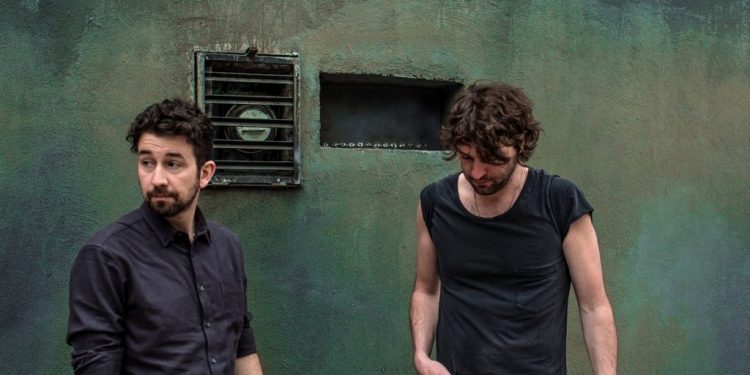 Ottawa Ontario – Vancouver rock duo the Japandroids are playing the Bronson Centre in Ottawa on October 22nd. The band consists of Brian King on guitar and vocals, and David Prowse on drums and vocals.

The first single called “Near to the Wild Heart of Life” was also the albums title.

“Brian had that idea for a song title. When we were bouncing around ideas for an album title that one stuck. Brian is really good at coming up with titles. I find the whole idea of coming up with song titles and album titles a little bit excruciating. It’s hard to sum up what you’re trying to say in a word or a phrase. That phrase has really stuck out to me and feels like it encapsulated what a lot of the songs are about and the lyrical motifs the band has had over the years as well. Such as searching for something and living life with a certain amount of emotional intensity. It stuck out when going through different options for an album title,” David Prowse stated.

Like the Japandroids previous albums, “Near to the Wild Heart of Life” also had 8 songs on it.

“It’s just a gravitational pull. We always try to make an album with more than 8 songs. Somehow, every time, it just ends up being 8 songs. I think a part of it is that we got away with having an 8 song record on “Post-Nothing” (Japandroids debut album in 2009). I think there was a bit of trepidation having 8 songs for our first record. It just worked. It seemed like a nice little package. Those 8 songs just linked together. We had a couple of other songs we didn’t feel were strong enough to be on that record. There was a lot of hemming and hawing back then about it. Now that we’ve done that before, every time we have an 8 song record we don’t think that much about it. For whatever reason it ends up being 8 songs every time. We didn’t intend it for “Celebration Rock”, and we didn’t intend to make an 8 song record for this one either. It just happens for some reason that I can’t fully explain,” David Prowse noted.

“He is one of the great American song writers. Brian and I are both really big fans. I think we were both really shocked when we heard the news. We live in a weird era where we get information so quickly, and you get false information sometimes. There were false reports that came out initially. We get one update, and then we get a different update, and people are left to wonder what the hell is going on. We heard about it throughout the day when we were rehearsing for this tour. It’s very sad news. I never got to see Tom Petty live, very selfishly I wish I could have seen some of the songs performed live some point in my life. 66 is not that old. He gave the world a tremendous amount of incredible music and lived a very full life, at least there is that. As far as a direct influence on Japandroids goes, there is something about Tom Petty’s songs, they feel familiar the first time you hear them. They are very direct songs. When we try to find that balance between the more punk elements of our song writing and having more of that classic rock vein – that classic rock vein is very much indebted to Tom Petty I think,” David Prowse said.

Brian King and David Prowse have been working together in Japandroids for over ten years now. According to Brian it is like a sibling relationship.

“What does Brian mean to me? The easiest way to explain it is it’s like a sibling relationship at this point. We have been side by side for a very long time through all kinds of ups and downs. There are other people who have helped Japandroids do their thing, whether it be a tour manager going on the road with us, or someone working in the studio with us, but when it comes to those who have been through every single step it’s been Brian and I. Being in a two-piece band, I don’t know what it’s like being in a four-piece band, but I think there is a certain intensity being in a two-piece band in terms of interpersonal relationships. With us everything has to be consensus. All the decisions from song writing, to plotting out a tour, to the business side are all things we have to agree upon. With that there is definitely a strength to our relationship, having to sort out our bullsh-t, and make sure the train stays on the tracks. Being in a band is weird, it’s very intense, and it’s exciting, but it’s a weird amount of time you end up spending with somebody. There are stretches of time that I see Brian more than I see my girlfriend or anybody in my family,” David Prowse replied.

“As far as our creative relationship, that has changed over time. Brian and I live in different cities now. When writing this record there was a lot more sending things via the internet to each other, and meeting up for periods of intense writing and jamming, and having time when we each go to our respective homes again. Back in the day we’d hammer out in the rehearsal space day in and day out because we both lived a short walk away from where we jammed. It got a little bit more complicated with that, but for a variety of reasons I think it was very fruitful. I think Brian moving was something important for him to do on a personal level and I think he is a happier dude where he is now. That’s always good for me and for the band. It took a little longer to jam out stuff, but it was kind of fun doing it that way. Having periods of time working intensely together and then having time to work on stuff on your own. I had some drum ideas, I demoed some stuff where I played guitar poorly. “Midnight to Morning” came from a song I wrote on guitar, put drums and vocals to it, and sent it to him. He plays guitar much better and made it a lot cooler. Our relationship continues to evolve the way we work together and the way we get along. As you get older and spend more time together, you figure out ways to make it work.,” David Prowse added.

Japandroids recently played the Seth Meyers show. They have also played the Stephen Colbert show and the David Letterman show.

“It’s a weird funny thing to do. It’s a strange atmosphere playing in the middle of the day in front of a seated audience not really familiar with your music. They are probably there to see Stephen Colbert or Seth Meyers or who ever the guest is – they are not there to see the band specifically. You load-in at 9am, and then you do camera rehearsals, and stuff for sound. It’s hard to explain how surreal it is. The crowd is like 50 feet away from you. You’re on the stage, but all the cameras are between you and the audience. There are 50 cameras up at your face, and then there is a crowd sitting down behind all that, and it’s live too. Basically they go to commercial break, they extend it because they are taping it ahead of time, but it’s still live, the audience is there. They basically wheel your stuff out. Load-in is at 9am, and you come back at 5pm, the show is taping – cutting to commercial and off you go. You basically get one shot. If we catastrophically f-cked up, I don’t know if we’d get to do it again. I heard rumours you can. Luckily that has never happened to us. If Brian breaks a string or I break a drumstick we just have to plow through. It’s weird but funny. We did David Letterman a while back and John Travolta was the guest. When we were on Colbert, we got to meet him, which is great because I think he’s a really funny guy. Hopefully we get to meet Seth Meyers too. He’s also a very funny person. Funny but also says a lot of important things – more political,” David Prowse said.

Japandroids are looking forward to playing the Nation’s Capital on October 22nd.

The concert is being presented by Spectrasonic, Beau’s All Natural Brewing Co., and Apt613. Doors open at 8pm, tickets are $25, and Cloud Nothings are opening the show for the Japandroids.