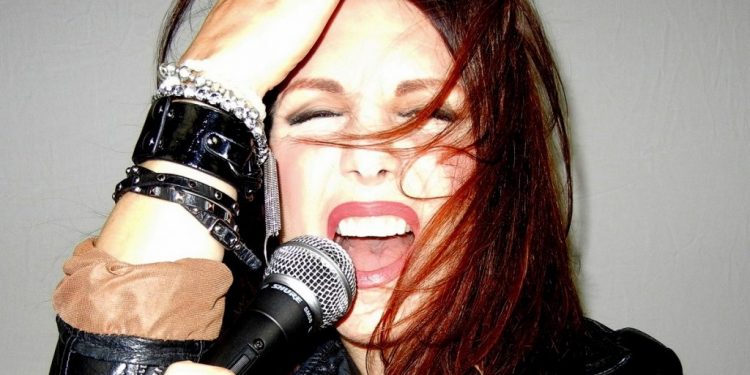 Ottawa Ontario – Royalty will be performing at the Brass Monkey in Ottawa on October 27th when Metal Queen Lee Aaron hits the stage.

The song “Metal Queen” was never meant to be autobiographical, but instead a comment towards sexism.

“Metal Queen was never meant to be autobiographical, although many fans think that. When that song was written back in the early 80’s sexism towards women was far more prevalent than today. It was used as a powerful marketing tool in many areas of industry and overtly so in rock music. Women were objectified as ‘trophies’ to be acquired or decoration used to sell a product. The song was meant to be a feminist statement – a woman who embodies equal strength and power to a man. A woman who commands equal respect. And, no, I don’t think at that time I ever thought that folks would embrace it as a personal anthem the way they did. I’ve been told by many fans that it gave them strength to stand up to difficult situations in their life. That’s really inspiring to me,” Lee Aaron said.

Lee Aaron has become a symbol of strength and independence. She is a dominant voice in a traditionally male dominated music industry. She hopes her message of equality and empowerment will inspire others.

“I hope to inspire other women to have their own voice in whatever industry they choose to be in. A common theme throughout much of my music is female equality and empowerment, but that is simply something I’ve felt inspired to write about over the years. In the 80’s especially, the music industry was run by men, and women were objectified, not in an empowering way, but often a un-dignifying way. I felt I had to push back against that to some degree. I know firsthand how it felt to be that woman. In the current pop-culture climate, the women that get noticed the most are the ones doing the most crazy, controversial stuff because to stand out on social media that’s what you have to do. That’s not me – my style is more understated,” Lee Aaron stated.

“Yes! My daughter asked me to write a song for her and that tune seemed to reflect where she was at, at that point in her life. 10 year old girls have this amazing free-spirited energy, not clouded by the trappings of our ‘Beauty Culture’ yet and the self consciousness of adolescence. Songs also have a way of taking on lives of their own as they go through the final lyric editing process and through pre-production and recording. Tomboy was like that as well. In the end it turned into an anthem for anyone wishing to escape cultural stereotypes and be themselves,” Lee Aaron noted.

Music and family are two very important parts of Lee Aaron’s life, and she shares insights on how she balances the two.

Music does play a major role in our lives. My husband is also a musician, is a music teacher and plays in a few other bands besides Lee Aaron. Rehearsals happen regularly at our home and our studio is a rotating door of students coming for lessons. We have pianos and drum kits and guitars in almost every common room in our house. As far as balancing music and motherhood, sometimes it’s tough…I can’t tour – nor would I want to – the way I used to for weeks on end. Kids need stability. So I do isolated pockets of shows; 3 or 4 at a time. The longest I’ve ever been away is 11 days and that was only last summer now that they are older. Oh, and my kids could care less that people call me “The Metal Queen”…except once when the guy at the LEGO store recognized me and my son got free Legos,” Lee Aaron mused.

Lee Aaron is working on a new album, and the song “Diamond Baby” will be a single off of it.

“We haven’t decided on a definitive title yet, but Diamond Baby will definitely be a single. All rock ‘n’ roll was born from blues and we wanted to dig a little deeper in that direction with the new album. It’s still a contemporary rock album, but with blues influences. We covered Koko Taylor’s “I’m a Woman.” This was an incredibly powerful and feminist song for its time and I fell in love with the idea of covering it with a Zepplinesque edge. We also covered the Deep Purple classic ‘Mistreated.’ It was quite a challenge to take that tune to another level while paying complete respect to the original, but I think we accomplished it,” Lee Aaron disclosed.

The new album will be self-financed and released on Lee Aaron’s own label Big Sister Record like “Fire and Gasoline” was last year.

“It’s self financed and I am producing, so creatively we still have control of the music, but it may be released as a direct label signing this time. That’s a business decision that may make more sense this time around,” Lee Aaron replied.

More and more artists are releasing their own music, just one of the many ways the music industry has changed since Lee Aaron debuted in the 1980s.

“Well, the biggest change has been the advent of digital technology. It’s revolutionized the way music is created, recorded and delivered to the public. It caused the entire corporate record industry to fall apart. Only a small handful of major labels survived. The unfortunate part is that it’s nearly impossible to make a living wage from your recordings anymore (unless you are Adele!) when artists are paid pennies for streams and downloads. It’s fantastic for the consumer but terrible for the artist. I still get a lot of joy from writing songs and the whole recording process so continuing to make new music is what I choose to do. Thankfully, most of my audience still wants to buy CDs and vinyl,” Lee Aaron responded.

Lee Aaron is also a fan of the Brass Monkey in Ottawa. The owners of the venue came through on short notice after a last minute booking agent mishap the last time she was booked to play here. Lee Aaron is looking forward to being back in the Nation’s capital on October 27th.

“I love Ottawa. We had a booking agent mishap the last time we played there and owners at the Brass Monkey came through on less than 24 hrs notice to provide a venue for the show and you know what? People showed up! The fans came through and we had a really decent house on zero notice. It’s memories like that that are the fabric of rock and roll right? The Fire and Gasoline tour continues in Ottawa on October 28th. We’ll be there bringing solid musicianship and a super fun attitude to the stage. I can’t wait!,” Lee Aaron concluded.

Doors are at 8pm, Adrynaline is opening the show, and there are still a few tickets left at the venue. For more information visit the Facebook event page.