Interview with The Lillingtons – New album on Fat Wreck Chords 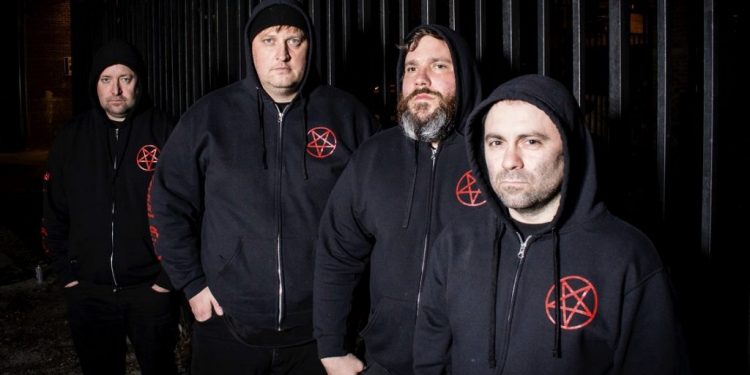 Newcastle, Wyoming – The Lillingtons released their new album “Stella Sapiente” via Fat Wreck Chords on Friday, October 13th, 2017. It’s been over a decade since they released a new full-length album.

“We’ve all been busy with other things in our lives and lately we’ve had time to focus on the band. Also, we didn’t want to write an album for the sake of writing an album. We felt we had something new to give people with this one and that really lit a fire with us to make it happen,” Kody Templeman stated.

The Lillingtons are well known for their Ramones style sound, but on the new album the band went for a very different tone.

“We’ve all had a change in musical taste now that we’re older and we’ve been wanting to do something a little more serious and evolved. We wanted to write songs that were more esoteric and dark lyrically. Musically we wanted to break out of the traditional Ramonesy style that we had been doing the whole time. We incorporated more post punk guitar layering and more heavy metal aspects that most bands in our genre haven’t tried yet,” Kody Templeman explained.

There is a more diverse range of sound from song to song on “Stella Sapiente”.

“We f-cked around with sounds a lot on this album which we’ve never done before. In the past we would get tones and roll the whole album out with those. On this record we gave every song different treatment sound wise to portray the feel of what they were about,” Kody Templeman added.

Kody’s favourite song on the album has a sort of early 80s pop synth sound to it.

“My favorite song is “Cult of Dagon” because it’s unlike anything we’ve done,” Kody Templeman disclosed.

Can fans in Canada expect to see The Lillingtons live in concert soon?

“Yes. We’re starting to plan shows in 2018 and we definitely want to get up there,” Kody Templeman said.

Erin and Mike at Fat Wreck Chords were fans of The Lillingtons previous album, and made the offer to release their next album, and that is just what they did.

“Erin and Mike at Fat were fans of our previous album DBTV and the offer has always kind of been there since then. We decided to go with them on this album because we wanted a recording budget that could get us the studio time we needed to get the sound we wanted,” Kody Templeman replied.

Over the years The Lillingtons have worked along side various punk legends. For example, their 7″ record “I Lost My Marbles” was produced by former Queers drummer Hugh O’Neil, while Joe King contributed backup vocals on the album.

“Joe is a great guy. He really helped the band get attention when he worked with us on that first 7″. He sang backups and gave us some tips, but most of the production was done by (former Queers drummer) Hugh O’Neil,” Kody Templeman replied.

The Lillingtons have also worked with producer and engineer Mass Giorgini (ex-Screeching Weasel).

“Mass is great. We had a blast recording with him. He really pushed us hard on DBTV and I think that’s a lot of the reason that album turned out like it did. He really taught us a lot about the recording process,” Kody Templeman reflected.

Furthermore, they have collaborated with John Jughead and Ben Weasel of Screeching Weasel.

“It was cool cause we were huge Weasel fans when we started. Again, like with Joe (Queer) they helped us get a lot of recognition that we never would have gotten without them. Panic button was a great record label and we were stoked to be a part of it,” Kody Templeman added.

Kody Templeman has accomplished a lot since getting his first guitar in junior high.

“My first guitar was a Synsonics headless guitar that I got for Christmas in junior high. My parents ordered it from Sears I think. I started a band with dudes from my school and we learned a bunch of butt rock songs by bands like Poison and Cinderella and the like,” Kody Templeman reminisced.

The Book Nook: Review of Live from Cairo by Ian Bassingthwaighte