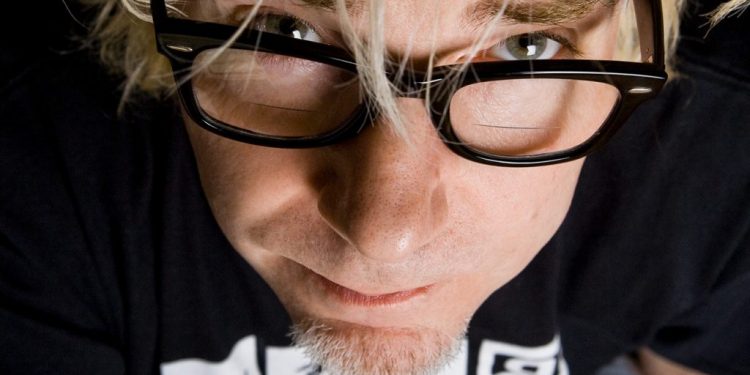 In 1979, Martin Atkins joined the band Public Image Ltd (PiL) playing along side John Lydon (aka Johnny Rotten of the Sex Pistols).

“I missed an audition when PiL first started and regretted it immediately. I think spent the next 18 months following what was happening with the band. They went through 6 or 7 drummers until I joined in 1979 just in time to play on the album “Metal Box”. I was 19 at the time, so I didn’t know what to expect,” Martin Atkins said.

After Martin Atkins left PiL he had a very successful career as a drummer and as a session drummer for some very prominent bands.

“It’s nice to have a Grammy. Trent was a friend so I just showed up and did stuff. It was great to have him sing on the first Pigface album. People think of it one way but at the time he was totally unknown,” Martin Atkins explained.

“Bill and I were opposites in the kit but clicked in the studio. That first incarnation of Pigface was a glorious experiment,” Martin Atkins noted.

“Extremities, Dirt and Various Repressed Emotions” was perhaps Killing Jokes most successful album, but Martin Atkins favourite Killing Joke albums are the first few. When he works out he listens to those early albums.

“The album “Extremities, Dirt and Various Repressed Emotions”, I love that album and am very proud of it – but I’m most fond of the first few Killing Joke albums – that’s what I work out to,” Martin Atkins reminisced.

Atkins would later become the manager for Killing Joke. He learned about management from his father.

“I think my dad prepared me for management. He was in charge of a large factory and always talking about stuff. I just started to see things that I could change (with PiL too) so I just started doing stuff,” Martin Atkins added.

Atkins also toured with Ministry for their infamous “Cage Tour”. His favourite Ministry song to play live was “Breathe”.

“That tour was crazy – and it was great to be in the thick of a revolution again after punk. It’s probably why I moved to Chicago. Breathe was pretty insane to play live. Bill and I got to stretch out a bit in the intro,” Martin Atkins recalled.

Atkins is the owner of Invisible Records and Mattress Factory Recording Studios. In addition to being a drummer, he is also a producer, documentary film maker, author, blogger, speaker, teacher, and father.

“I’m dealing with my own 4 kids, teaching and getting ready to start my 4th book. I’m speaking all over the world, spinning and drumming occasionally and coordinating the music industries program at Millikin University,” Martin Atkins replied.

What can fans expect at Indie Fest in Toronto on November 10th at Nocturne?

“I spin my mash ups and anything I feel like from 1965 to now,” Martin Atkins concluded.

The Little Kicks, nTTx, EinarIndra, and Crisis Ctrl Club are also playing that night along with Atkins. Doors are 8pm, advanced tickets are $8 or $15 at the door, and the event is 19+. Advanced tickets can be purchased at Ticketfly.com. The Nocturne is located at 550 Queen Street West in Toronto.

KJ Jansen of Chixdiggit, Rusty, Conversation, Scalene, and Dearly Beloved are also playing during Indie Week that runs from November 7th to the 12th.