by Editorial Board
in Arts and Culture, Press Releases
Reading Time: 1 min read
31 2 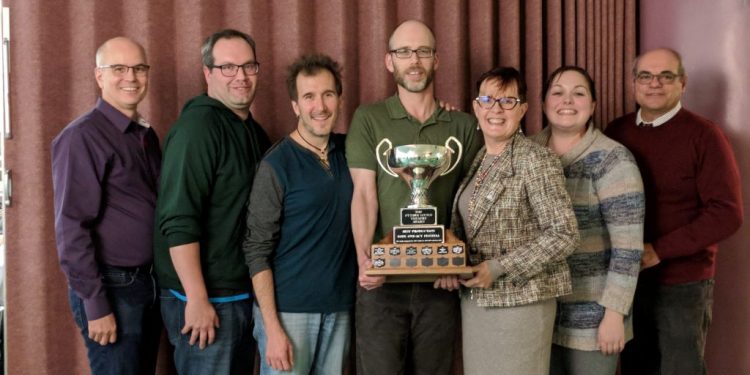 On Sunday, November 5, 2017, at the Awards ceremony after the Eastern Ontario Drama League One-Act Play Festival held in Constance Bay ON, Vagabond Theatre’s production of “The Death of Me” by Norm Foster was presented with the Ottawa Little Theatre Award for Best Production as well as the Pauline Grant Award for acting, presented to the cast as a whole of the play for each of their performances.

Cam MacPhee, who directed the play, was nominated as Best Director and the production was also nominated in the category of Best Costumes.

The cast of the play were:

The producer was Dan Youmelle and the Stage Manager was Pat Lloyd; sound and lighting were managed by Bruce Manzer and Dan Youmelle.