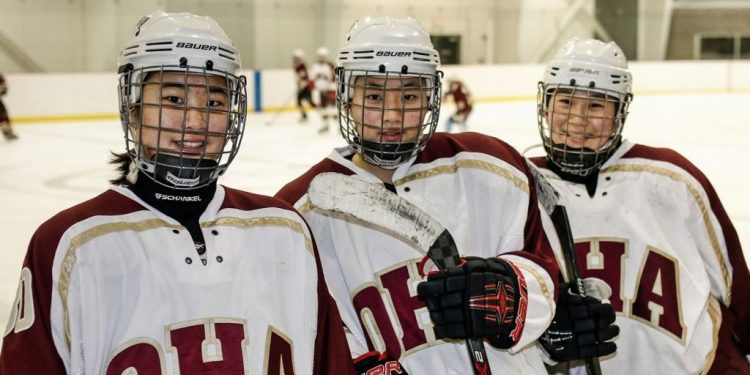 Cornwall Ontario – Any preparatory school would be proud to have a former student competing at the Olympics. The Ontario Hockey Academy in Cornwall, Ontario is fortunate enough to have 7 alumni competing at the 2018 PyeongChang Winter Olympics in South Korea.

“The Korean National Team contacted us to develop some of their younger players in Canada. Our school was highly recommended by some hockey people. They liked our academics and training program,” Director of Girls Hockey and Ontario Hockey Academy co-owner Giles Lascelle explained.

“We are pretty fortunate to have that many alumni competing at the Olympics. We’ll be watching, and it’ll be exciting to see them at the Winter Games. With social media we talk with those players, and they are still in contact with our players here”, Giles Lascelle added.

Wasyn Rice, who is a Grade 12 student at the Ontario Hockey Academy, played with three of the South Korean players in 2015-2016. She is excited for her former teammates.

“I played with Chae Lin Park, Su Yeon Eom, and Selin Kim on the Girls Junior team two seasons ago. I think it’s amazing because I got to play with them and now they are competing at the Olympics. They’re really talented. It was sad to see them go, but I’m happy they got to achieve their Olympic dreams,” Wasyn Rice reflected.

“When all three came to OHA, they look terrified because they couldn’t speak English. It was fun to see them evolve, and by the time they left everyone loved them. They got use to the training, and every night you’d see them in the gym. They were three of our better players on our team, and if they could have spoken English, they would have been leadership material. They were always smiling when practicing or playing – always having fun, enjoying every minute of it. They were very coachable, they did anything we asked them to do,” Ontario Hockey Academy Coach Jenna Lascelle reminisced.

The Ontario Hockey Academy program helped push these players to the next level.

“Their stamina and endurance was amazing, they worked so hard. It was almost like they were never tired out on the ice. Hockey is about managing and fueling your body, training, and knowing how much you should train. Sometimes we’d play 5 to 7 games in a weekend, and that kind of schedule exhausts a body. So they learned to play in every game, and also how to recover. Through the gym workouts, and being on the ice everyday – they improved immensely. They evolved as players, they improved so much. Unfortunately, their Olympic team centralized them, and they couldn’t come back. The improvement when they were here and we coached them was amazing. I will be watching as many games as I can, and I am proud to say I coached someone who played at the Winter Games,” Jenna Lascelle declared.

Of the seven OHA alumni competing at the Games, one will be making her second appearance. Rui Ukita played for Team Japan at the 2014 Sochi Olympics and registered an assist in a game versus Team Russia.

“I first saw Rui at the U18 World Juniors. What I first noticed was she was in Top 5 for scoring, which was remarkable because she wasn’t on Team Canada or Team USA. When I saw her on the ice, her skill and talent were amazing. Her hockey I.Q. is top notch, and she is mature beyond her years. When she practiced here at OHA with the boys, she could shoot just as hard as them. I’m sure she will be a huge asset to Team Japan at this years Olympics,” said Jay McNeill who is a Coach and Director of Scouting at the Ontario Hockey Academy.

There are a total of 8 women hockey teams at this years Olympics. In Group A there is the United States, Canada, Finland, and Olympic Athletes from Russia. In Group B there is Sweden, Switzerland, Japan, and South Korea.