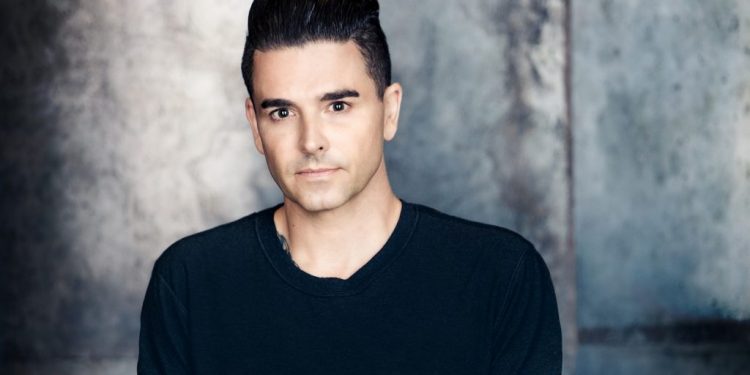 Ottawa, Ontario – Legendary indie rock / emo band Dashboard Confessional are back with a new album, and they have already embarked on a cross Canada tour which includes a stop at the Bronson Centre in Ottawa on Wednesday, March 7th, 2018.

“To understand why there was such an absence between albums, we have to return to the run up of where we stopped. We toured relentlessly about 300 days a year on average for 10 years. We came to a point where we realized we were teetering on the edge of burnout. We didn’t want that to happen, we didn’t want to be burned out. I decided to walk away instead of reaching that point of being burned out. I wasn’t sure if we could ever come back from that,” Carrabba began.

“We spent some time away, and we all did other bands, although we all worked on each others bands. We started touring again about three and a half years ago. The impulse to make a new record was strong, because we were excited to be back together. But I felt unless we had a very cohesive idea of what a new Dashboard Confessional record should be, and unless I stumbled into a place where I thought it was really pure and powerful, we just weren’t going to make one. We came to grips with the idea that we might never make another record,” Carrabba reflected.

However, Dashboard Confessional would find the inspiration to write new music again.

“It was just when I was okay with that, that the inspiration for the album started coming fast. It just so happened to take eight years. That’s a really long time, but we were doing so much with that time, to us it didn’t seem like that long. I was in two other bands, my band mates were in other bands, so for us, it just flew by,” Carrabba stated.

The inspiration for the title Crooked Shadows was personal for Chris Carrabba. It came from an emotional and deep seeded experience he had with his significant other after coming home from being on the road for a while.

“Doing what we do is an odd thing. To leave the people you love for long stretches of time – in and out of your own life. To have a concurrent but very separate life styles is very odd. To have your life on the road which is demanding and rewarding, and your home life which is demanding and rewarding – they are ever so different. I married somebody who is quite independent. We do very well when we’re apart, and we do very well when we’re together, but when we’re newly apart or newly together, those transition periods are a little bit tough,” Carrabba noted.

“We live in this small town, and I come home, and we decided to go and get some coffee. It was a little bit overcast. We were walking hand and hand but it honestly didn’t feel like we were together. We were just in the same place. We hadn’t got over the hump of allowing each other to be back in the norms of comfortable day to day life. It was too soon. As we were walking the clouds kind of cleared, and the sun cast a shadow of us hand and hand up a staircase. As it was on a staircase, so our shadow was crooked. I looked at that shadow and thought it was perfect, it was beautiful, and that sums up how strongly I feel about the relationship. The words crooked shadows popped in my mind and just stayed there, and it was the next song I wrote,” Carrabba disclosed.

Another heartfelt song on the album is titled “We Fight”. It is the lead track, and it’s about the music scene and finding a place in this world despite our differences.

“The song “We Fight” is about the scene, even from the beginning when it was local. I was brought in, and I was a bit of an odd ball, and I still am. I was a little socially awkward. I was embraced, and many of us were, by the people in the music scene. Where it just wasn’t okay, but it was heralded to think differently. There was this overriding ethos that everyone was welcome and important. The fact that it was an even gender split, it encompassed every race you could think of, sexual identity, religion or no religion, political stance, or the other side. Everyone was accepted, and their feelings were valid. I wrote it about that, and juxtaposed it with the fact that in America right now our leader is a very divisive figure and empowering more divisive figures. That’s antithetical to what I believe in. If we want change and acceptance we have to fight for it,” Carrabba replied.

Chris Carrabba quickly became an active member of the music scene. He started playing guitar at the age of 16, and knew he wanted to be a musician.

“I started playing guitar at 16, and started writing immediately. I joined my first band at about 15 or 16, and we started touring, because it was all older guys. I don’t know if I was very good at anything but writing, but the writing thing came naturally to me, so I got into this band that was much better than what I deserved to be in. This became a theme for me as a player. I always surround myself with people who are better than me, learned so much, and tried to rise to their level. I was about 15 when I got the bug, but never thought it was a realistic dream or anything like that. What I did think, as a part of the indie rock scene, and underground scene; I thought it was very plausible to be able to have a band you tour with, as long as you have a job. That was my goal, to keep making music and not give it up,” Carrabba answered.

Therefore, Chris Carrabba decided to become a teacher. The downtime during the summer months and holidays would allow time for touring for at least part of the year.

“I wanted to find a job that would help facilitate my goal to do that which is why I perused teaching. I loved teaching, I loved working with children, and I loved that there was lots of time off, and I could have my other passion. My career was doing really well, and I wouldn’t give up my job. I could have, but I couldn’t get my head around the idea that it was plausible. My boss had to talk me into making the big leap. I’m ever so grateful to her for sitting me down and saying this is happening – we all know this is happening – and sometimes in life you just have to surrender,” Carrabba reminisced.

Through teaching, Chris Carrabba learned to develop meaningful connections with people, a skill that has helped him as a musician.

“I was a pre-school teacher, and I was an aide for the special needs kids, and I was studying to become an elementary school teacher. I started working at an elementary school at an after school program as a counselor and eventually became director. I spent a lot of time doing this job considering how young I was when I stopped. One of the things that I took from the job from my mentors in that field is that they have an incredible amount of empathy. They were able to develop deep connections with so many people at once. That really helped me when I became a musician, because I was open to that, and learned how to do that,” Carrabba mentioned.

Growing up, Chris Carrabba was influenced by many band including REM, Sunny Day Real Estate, and Fugazi. It has come full circle now, because Dashboard Confessional have influenced the next generation of musicians.

“Bands that inspired me? There are so many. REM, Sunny Day Real Estate, singer songwriters like Paul Simon, and heavier bands like Fugazi, there is a pretty vast collection of bands that have inspired me. Knowing that it has come full circle? That feels incredible. Sorority Noise and others letting us know that we were an in-road. Even Nothing,Nowhere, which is a hip hop artist really was a big believer in the music I made – or The 1975, and Taylor Swift. It’s tough to admit to the fact that it’s a cyclical thing, and it keeps spinning on, and they will inspire people too,” Carrabba said.

According to Chris Carrabba, it’s incredible to be back on tour again, and playing more intimate clubs has been a worthwhile experience.

“It feels incredible to be back on the road and in Canada. We are committed to building it back up. You can’t go away for eight years and expect to be playing the Molson Amphitheatre’s of the world just because that’s where you left off. We’re having a great time playing these intimate clubs and experiencing the audience in close proximity, and we’re really making the most of this opportunity,” Carrabba remarked.

Fans can expect to hear many of their favourite Dashboard Confessional songs on this current tour.

“When bands have new records, sometimes fans will go oh boy, I’m going to have to hear their whole new record. We promise we know which songs they want to hear, and aim to play them. We will air on the songs people have lived with the longest,” Carrabba concluded.

Crooked Shadows, which was produced by Chris Carrabba and Jonathan Clark with co-producer Colin Brittain is available now for purchase or streaming.

The show is presented by Spectrasonic and Beau’s Brewing. The Elwins and Gabrielle Shonk will be opening the concert. The show is all ages and licensed. Doors are at 7pm, and tickets are available at Vertigo Records, both Compact Music locations, and via Ticketfly.com. The photo of Dashboard Confessional front man Chris Carrabba was taken by David Bean.