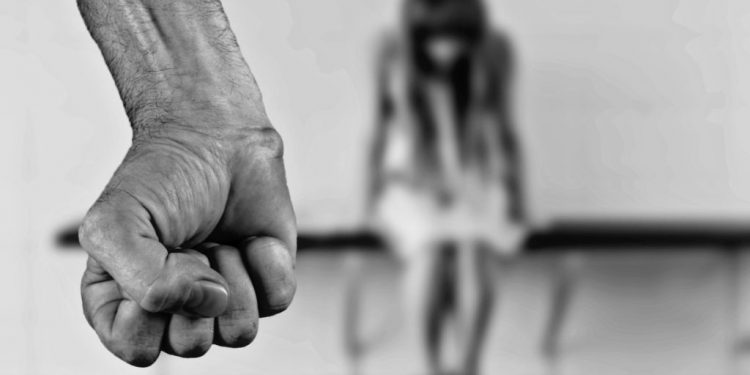 Warning: the following is a recollection of my experience as a victim of sexual assault. It is a raw piece of literature. It is graphic. It is uncensored. It is painful. It steps away from what you usually get from me.

In American Politics last week, Al Franken stepped down from his position as Senator over allegations of Sexual Misconduct.

Of course, as a survivor myself, I believe that every claim of sexual assault, harassment, abuse or misconduct coming from women must be taken seriously. At the same time, I find it sad that a man can lose his entire career over unproven allegations coming from one woman (or two). I’d like to think that every woman is pure as snow, but that just isn’t the case. They lie, cheat and deceive to get what they want just as men do; it’s human nature.

So when I heard about the scandalous picture, I gave Leeann Tweeden the benefit of the doubt. As information kept coming in, however, the math just didn’t add up for me. This was a picture, apparently staged, coming from a woman who had no problem monetizing her sexuality. Why wasn’t anybody questioning the credibility and validity of the allegations? Why were Democrats demanding Franken’s resignation when Tweeden herself accepted his apology and didn’t ask him to resign? I am not putting the victim on trial here; I know too well how that feels, but what happened to innocent until proven guilty?

The whole incident is a slap in the face to every woman who has been the victim of rape but didn’t get a conviction. I mean RAPE. Rape with a big R. Not an unwanted kiss or a grab– which of course are not right either– but are in no way to be equated to a violation of the entire body, mind and soul, forcefully, violently, some for ongoing periods of many, many years. THAT’s assault. What Franken did, IF he did it, was distasteful, out of line, uncalled for, but pale in comparison to what Trump or Moore have been accused of doing, and they certainly did not step aside. Why the double standard? Was Franken a sacrificial lamb?

Here is my story. Let me take you on a trip down memory lane…

The year is 1988. I’m barely 17, and like many 17-year-olds, I just want to have fun. As such, I go out every weekend with my best friend to some of Montreal’s trendiest bars. Back then, they didn’t check for ID’s like they do today.

It was a Friday. We were drinking and having a great time on the dance floor. We met  three guys who were from out of town. Exciting fellows, good looking and charming, full of philosophical conversation and well traveled. We hung out at the bar till last call, then it was time to go home. But we were having such a great time; we didn’t want the night to end! My friend suggested we go to a restaurant and finish the night over coffee. The guys had a better idea. They were staying at a motel on the South Shore and invited us for drinks. My friend was really into one of them, and the alcohol impaired our judgment. We agreed to go.

I didn’t feel a threat. I didn’t see red flags. They seemed trustworthy. I was young and naive and never thought anything other than drinks would happen.

When we got there, my friend disappeared into the bathroom with the one she liked. It made the situation awkward for me. The dynamic changed; the safety of a group setting was no longer. I was vulnerable. My heart started beating faster as I began to feel danger. I was not prepared for what followed.

My mind has been good at blurring the details of the event, call it survival instincts. When I talk about it now, it feels more like a nightmare than reality, but I do remember a few things.

I remember the ugly sixties style headboard on the bed. It was olive green, fake wood with built-in bookshelves. I remember it vividly because every time one of them violated me, my head would bang on it.

I remember them laughing at my hairy legs. I wasn’t aiming for a hot date that night, so I hadn’t shaved. When they ripped the nylons, uncovering my bristly body parts, they laughed. I remember praying for it to be such a turn off they would let me go.

I remember saying no, and please, and stop. A lot.

I remember trying to bite or scream and getting hit across the face for it. I remember a hand covering my mouth preventing me from yelling and breathing.

I remember a bottle of gin and the liquid dripping from my mouth.

I remember my arms being restrained.

I remember thinking to myself, “Why did I put on that skirt? Why was I so flirtatious? I shouldn’t have had that last drink. The way I danced sent the wrong message. Did I lead them on?” Thoughts were racing, and all I could do was blame myself. Rape culture had me believe I must have been at fault.  It didn’t even enter my mind that THEY were the ones doing wrong.

I remember my girlfriend getting tossed on the bed, next to me. The two guys began taking turns on her as they had done on me, while her new beau got his way with me. I remember lying on my back, looking at her, and her at me, as we both cried. We knew our friendship would never be the same, now bonded forever by this horrible thing that was happening to us. I would never look at her the same way again. Neither would she. With every thrust, I could feel the window of our relationship crack a little.

Perhaps I could have fought harder, screamed louder, but at the time, fear took over. The only viable option I saw was to let them do their thing. The faster they would get off, the faster this would all be over.

And eventually, it was. They left us there, bruised, bloody and ashamed. As we gathered together the broken pieces of life as we knew it, we picked ourselves up, got in my car and drove away.

I asked my friend to go the police with me. She refused. I went anyway. They told me my story was weak. I had no names. I had willingly gone to their room; I had dressed provocatively… As they were asking me questions, I realized this would amount to nothing. If the cops were insinuating I had brought this to myself, heck, if even I blamed myself for the incident, what would a defense lawyer do to me? I didn’t pursue it. It was cowardly of me. I pray they didn’t hurt anybody else.

To this day, my friend and I kept this secret. We never spoke about it again. I did briefly mention to my husband that “something” had happened to me, but not in details. I never told my parents, my friends, my family… I just kept it to myself for fear of being judged or disbelieved. Not anymore.

The #MeToo movement has given hundreds, if not thousands of women like me the strength to talk about their experiences. It doesn’t right the wrong done to us, but it is comforting to know we are not alone. #MeToo.

I am not writing this so you can feel sorry for me. I ABSOLUTELY DO NOT WANT YOU TO FEEL SORRY FOR ME. I am a survivor. I am a stronger woman not in spite of what happened to me, but because it happened to me. I vowed never to let anyone hurt me that way, ever again. Maybe it also explains why I am such a control freak. I don’t allow things to just happen to me anymore.  I am lucky that life has put on my path a strong, loving, intelligent man who has the utmost respect for women and who possesses a moral compass that never goes off the north.  He is my rock.

We have a voice and must use it, but we also have to be careful. We can’t go to the other extreme and destroy lives on the simple basis of allegations. If every man or woman who receives improper advances or an unwanted kiss screams sexual assault, the world will stop turning. Many love stories have started with a kiss unasked for. I’ve given a few unexpected kisses, haven’t you? People take chances. If the person doesn’t reciprocate, says no, slaps you in the face, then you know the feeling is not mutual. It’s when one persists or takes without consent that it becomes a problem.

I did debate long and hard before deciding to publish. Part of me still wants the truth buried forever. “What will people say? Will it change what they think of me? What about my children? How will they react?” These thoughts went through my minds non-stop from the moment I typed the first word. And then, confirmation came. As I watched Oprah accept her Cecil B. DeMille Award and say, “What I know for sure is that speaking your truth is the most powerful tool we all have,” I knew. I need to tell the story BECAUSE of my children, so my boys grow up knowing that no doesn’t mean anything less than no, and so my girl doesn’t follow in my footsteps. She will be equipped with a heightened awareness and become confident enough NEVER to let anyone take advantage of her physically or mentally.

As for Franken, I don’t know where the truth lies. Perhaps he read the signals wrong or is maybe he is just another man who thinks he can get away with inappropriate behaviour. I don’t have that answer. However, I’m pretty sure it was all part of showbiz, a big act, meant to amuse. Franken was an adult entertainer. So was Tweeden. She posed nude for Playboy and is one of the top Hooters Girls of all times. That tells me she didn’t mind so much having men’s attention. And you can’t exploit men using your sexuality then come crying every time you get hit on. It comes with the territory. That is just a fact. You can’t have it both ways. The picture was a joke, meant to give a good laugh. And quite frankly, if we leave the sanctimony aside, let’s be honest. We’re all guilty of enjoying a good sex joke.