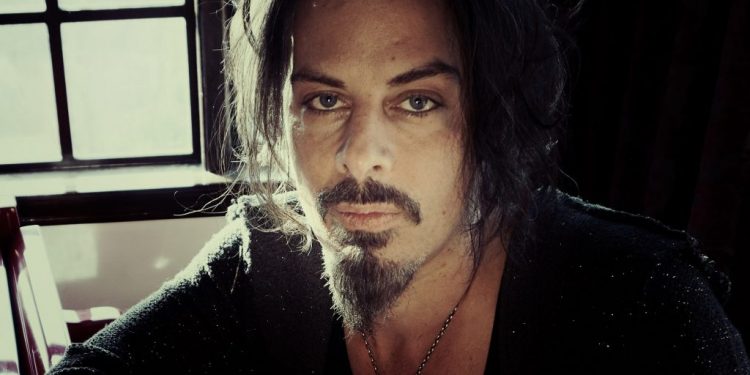 Ottawa, Ontario – Former Poison guitarist Richie Kotzen will be playing in Ottawa on Saturday, April 14th at The Brass Monkey. It’s a part of his Salting Earth World Tour named after his 2017 album Salting Earth.

“The most recent album is Salting Earth, and it’s been out for a year. We did a lot of touring on the record, we went on a big circle around the globe. I went to places like Australia, Singapore, and India for the very first time. We went to North America, South America, and had shows shows in Europe, Korea, and Japan. I took some time off, and we’re now doing a second run in North America. We’re going to do a couple of shows in Canada, and I’ve never done solo shows there before, so that’ll be fun.” Kotzen said.

There are no immediate plans for a follow up album, instead Richie Kotzen is focused more on releasing new singles such as “The Damned”.

“I don’t plan on releasing a new album this year, but I do have some singles that I recorded. I released a song a few months ago called “The Damned” and a video for that. Hopefully in the next month we’ll have another song up. The idea of doing singles is very attractive because you have that instant ability to share with your fan base. Sometimes with albums, by the time it’s done and it gets released, a lot of time goes by. I like the idea of singles, it’s a way to stay fresh with your fans. Depending on how many of these singles I release, maybe at the end of the year I can compile some sort of record. There is also lots of live material we’ve collected, so there could be a live record in the future as well.” Kotzen explained.

“There are two models, a Stratocaster and a Telecaster. They were introduced way back in 1996. Those are my main guitars, and I switch back and forth between the two. People can buy them. A lot of people come to shows and bring them, and I sign them, and the cool thing is it’s the actual guitar that I play. I also have a Signature RK5 Fly Rig, and I have a new amp that has just come out from a British company called Victory. That’s the amp I’m using on this tour, and people have been really excited about that,” Kotzen added.

Richie Kotzen has achieved great success in Japan after playing in Poison. For example, he wrote the Mr. Big song “Shine” which debuted at #1 on Japanese radio. Also, The Winery Dogs released their debut album in Japan.

“Oddly enough Japan is not my biggest market, over the years things kind of changed. In the 90s, Japan probably was my largest market. I would go there once a year and tour. What was happening back then when the record companies were kind of monopolizing everything, it was really difficult for some folks to re-new their record deals in the mid-90s. Back then, Japan was still kind of doing their own thing, and we were financing through Japanese labels. I would still be able to release them in other territories via licensing,” Kotzen stated.

The internet became a viable platform for releasing music, and that was a huge game changer for Richie Kotzen. He has been able to grow his fan base globally in new markets.

“Once the internet changed, and I was able to release music directly to my fan base, then I was really able to open up other markets. I spent years touring Europe, and doing every little place imaginable. Over the years some of the places I’ve played, the fan base has grown, and my biggest market is actually Latin America. Our biggest shows are in Argentina and Brazil. Things have opened up, not only in Japan, but many other places because people can get the music, and they want to see it live. Which brings us to places like Singapore, Australia, England, and everywhere else that we’ve played,” Kotzen replied.

Another significant accomplishment for Richie Kotzen was when he opened for The Rolling Stones in Japan as a part of their Bigger Bang Tour.

“In 2006 I was the opening act for The Rolling Stones tour that was called the Bigger Bang. I did five or six shows, however many they did, I was the opening act for all the shows they did in Japan on that tour. That was pretty surreal playing all the indoor stadiums like the Tokyo Dome. It was very cool and one of the easiest tours I have ever done. Everything sounded so great on stage. It was really painless and a great experience. I’m happy to have had the opportunity,” Kotzen reminisced.

Richie Kotzen’s passion for guitar started at the age of 7 after he saw footage of Gene Simmons of Kiss spitting fire. It sparked his imagination.

“I was taking piano lessons and I wasn’t connecting with it. I had seen a guitar at a yard sale and I put two and two together. I remember seeing footage of Kiss and Gene Simmons spitting fire. That was really cool, but at 7 years old I didn’t realize he was holding a bass. I thought it was a guitar, and when I saw a guitar at a yard sale I begged my mom and dad to buy it for me. That’s kind of where it started. I was interested from the beginning to learn how to write my own songs. I remember coming up with rifts. I couldn’t write lyrics because I was too young, and didn’t have anything to say, and didn’t understand how to do it. I use to ask my mother to help me write lyrics. From there it evolved, and I got into a band, and here I am,” Kotzen recalled.

In 1994, Richie Kotzen had the same manager as Gene Simmons, and he met the legendary Kiss musician back stage. Later, Gene Simmons recorded the album Asshole at Richie Kotzen’s North Hollywood studio. Kotzen was credited for two songs off that album: “Black Tongue” and “Carnival of Souls”.

“I had a recording studio that I owned and ran in North Hollywood sometime in the early 2000s, and Gene Simmons came in as one of my clients to the studio. We had met before, he knew me from many years ago. We had the same manager back around 1994. That’s how I met Gene, backstage somewhere. The manager was there and introduced us all. Then he ended up, years later, coming to my studio to record a solo record there. During the process he had asked me to play on something, so I suppose they used some of what I did,” Kotzen disclosed.

Richie Kotzen is a sensational guitarist, and he left his mark on the band Poison. He co-wrote songs like “Stand” and “Until You Suffer More” on the album Native Tongue.

“Anytime you change a member, that person distinctively has their own sound and their own style. You go in, and be yourself, and if they like who you are, you play together. That’s how everything works, from playing in Poison, to playing in Stanley Clarke’s band, or when Winery Dogs formed. For me it came together in a way where we got a long musically. That makes it easier to write together and be creative,” Kotzen noted.

This Saturday, see Richie Kotzen live in the nation’s capital.

“I’m looking forward to playing Ottawa, it’s going to be a good time. We’ll play some stuff from the new record, and there are some older songs, the oldest song in the set is from 1994. It’s a pretty diverse set, and I’m excited about it,” Kotzen concluded.

Doors for the concert are at 8pm, opening the show is Killed By Karma and CeVILAIN, and tickets can be purchased online.