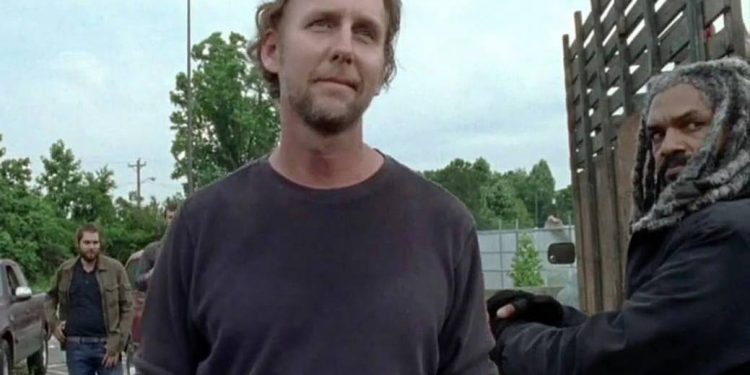 Cornwall, Ontario – Actor Jayson Warner Smith who plays Gavin on AMC’s smash hit show The Walking Dead is a celebrity guest at CAPE. The Cornwall and Area Pop Event takes place on April 21st and 22nd, 2018 at the Benson Centre.

Before becoming a member of Negan’s group The Saviors, Smith had auditioned for other roles on the Walking Dead including Abraham.

“I had auditioned for many roles almost every season of the show. Along the way I had auditioned for Abraham, the Doctor in Slabtown, A wolf, Richard and others I am not aware of as the audition sides are fake and aren’t from the actual show,” Smith disclosed.

Being on the series has changed Jayson Warner Smith’s life.

“It has changed my life forever as I will always be remembered for this show. It has such amazing worldwide appeal,” Smith replied.

Although Jayson Warner Smith’s character is a member of The Saviors, his character is not as antagonistic as some of the other members of that group such as Negan and Simon.

“From an actor’s perspective, all roles are the same. We are nearly doing our best to be real in imaginary circumstances. Good or bad is all a point of view. No one thinks they are evil,” Smith responded.

According to Smith, his favorite scene that he’s in is from the episode “Honor” where (spoiler alert) Gavin dies. It’s also the same episode that Carl (spoiler alert) dies. Over 8 million people watched that episode in the United States.

“My favorite scene that I am in, it is definitely when Morgan is standing over me in the coral in Season 8 Episode 9,” Smith said.

In addition to Walking Dead, Jayson Warner Smith has been in numerous other movies and television shows.

He was the character of Wendall Jelks on The Sundance Channel’s drama Rectify. In the series, he played the role of a vicious death row inmate.

“As I mentioned earlier, no one thinks they are evil. One of the fun parts of playing folks who are unacceptable to society is that you get to go to those dark parts of the human psyche that we all have but (hopefully) never act upon. You are allowed to open a Pandora’s box of bad thoughts and actions and know that at the end of the day everyone, including yourself, will not be harmed. Hopefully, the story you’re helping tell will reach at least one person and somehow give them solace in some way,” Smith divulged.

Another role Smith played was Dean on CW’s The Vampire Diaries. He had the opportunity to work with Paul Wesley.

“This was a fun couple of days working with Paul Wesley. I initially balked at such a small role but my agent reminded me that they were nearing the end of their run and it was very rare for them to hire anyone over the age of 30. “Take it!”, he said. My fondest memory is when I was on the floor saying the line, “Are you slow?” to Paul and he kept cracking up,” Smith recalled.

He’s also credited as the “Guy with Knife in Head” in Anchorman 2: The Legend Continues. The movie stars Will Ferrell, Steve Carell, Paul Rudd, and countless other comedic talents.

“This was an absolute hoot. My audition for this was three words, “You’re damn straight!” These kinds of auditions are always perplexing. What do you do? There must be a hundred ways that line could be delivered. So, that’s what I did. Not a hundred but about ten. I moved the camera around to a bunch of different locations in my home and filmed myself saying the line a bunch of different ways and in different costumes and situations. They didn’t give me that part but I did get “Man with knife in the head” An instant classic! My fondest memory is actually watching the scene in the doctor’s office being filmed right before my scene. My good friend Wilbur Fitzgerald played the doctor and I’m watching them on the monitor doing everything I can to not laugh out loud,” Smith reminisced.

Also, Smith played Officer Herb in the 2011 remake of the 1984 classic film Footloose.

“This was the first role that I worked more than one day. I actually ended up on set for five weeks. I couldn’t believe it. I really only shot about 5 days but I was on hold a lot. This is when I realized that one could actually make a living at this. Big thanks to Julie Schubert and Craig Brewer for believing in me,” Smith added.

Another big role for Smith was that of Bill Cooper, the adventure-loving patriot, in American Made starring Tom Cruise.

“Other than my turn on TWD, this is by far the greatest role to date. I worked with someone whom I never in a million years thought I would even meet much less work with. I worked over seven weeks. We traveled to Colombia, South America, I got to fly planes. It was amazing,” Smith remarked.

Smith also played Earl Fowler in the movie The Birth of a Nation. It was a critically acclaimed film about a Virginia slave rebellion. Nate Parker won two Sundance Film Festival awards for that movie.

“I was only on set for two days and only filmed for one. This film got a raw deal at the box office for no reason of importance. I am honored to have worked with Nate Parker. I was at Sundance when it premiered and was present for the double standing ovation. I have never felt more welcomed and like family than I have with that cast,” Smith noted.

“I enjoy meeting the fans and traveling the world. To those in Cornwall attending CAPE, I say rock on rock soldiers, I’ll see you soon,” Smith concluded.

Interview with Strung Out opening for Pennywise in Ottawa