Cornwall Based FanSaves Chosen to Compete at Ottawa Pitchfest 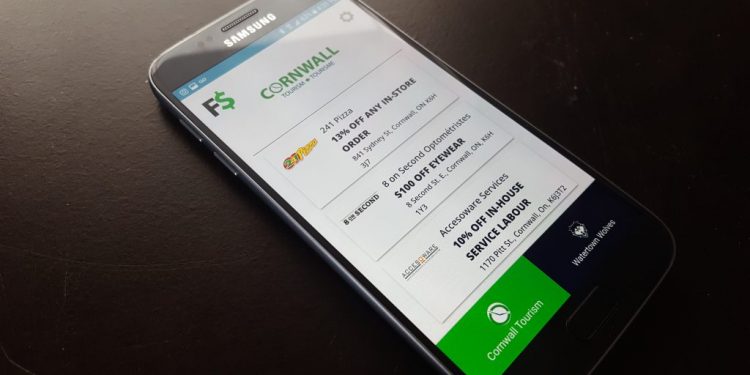 Local tech startup, FanSaves, has been chosen to compete in a Pitchfest Competition taking place on June 1st at Startup Ottawa Presents: Small Business Expo. They will have 3 minutes to tell a panel about FanSaves for a chance to win $3,000 for their business.

The pair recently found out they were accepted and co-founders Shannon Ferguson and Kris McCarthy are excited for the competition taking place this Friday.

“It’s great exposure for our app and an amazing opportunity to be able to pitch in front of some really influential people” said Ferguson “the prize money would also be a great bonus”!

It’s been three months since FanSaves launched their app and the startup has been growing steadily with Cornwall residents and businesses alike benefitting from the discounts and deal being offered.

Their partnership with Cornwall Tourism has allowed them to flourish and under their umbrella, FanSaves has been offering Cornwall-based businesses the chance to be on the app and take advantage of free promotion.

Close to 50 businesses are currently featured on the free app, 35 which are in Cornwall. All types of places currently offer deals, everything from local restaurants and shops to bike rentals and golf.

The app has received an endorsement from the Downtown Business Improvement Area to help push local shopping in the downtown core, as many downtown businesses have a discount featured.

“We have every kind of deal on FanSaves” said McCarthy “it’s a great way to showcase all of the great places Cornwall has and help stimulate our local economy”.

FanSaves, at its core, is a way for fans of professional and junior sports teams to receive discounts and deals from the sponsors of their favourite teams but co-founders Ferguson and McCarthy wanted to partner with Cornwall Tourism so they could use their home base as one of their pilot markets.

“We’re headquartered in Cornwall and we wanted people around here to be able to experience FanSaves. It’s allowed us to grow while gaining valuable insights” explained McCarthy.

FanSaves has plans to scale into the rest of Ontario this summer, targeting over 40 sports teams throughout the province. Their goal is to be a global tool used by sports teams across the world.

The co-founders have submitted applications to pitch at half a dozen more Pitch Competitions across North America this summer and they are planning for rapid growth with the exposure their pitches will bring.

The app is currently undergoing an extensive re-design which will include an easier redemption method, GPS and push notifications which they are planning to roll out within the next four weeks.

FanSaves is available for download on both the Play Store and the App Store. They are also asking the community to follow them on Facebook and Instagram as they grow their social media network.