by Gilbert The Beagle
in News
Reading Time: 2 mins read 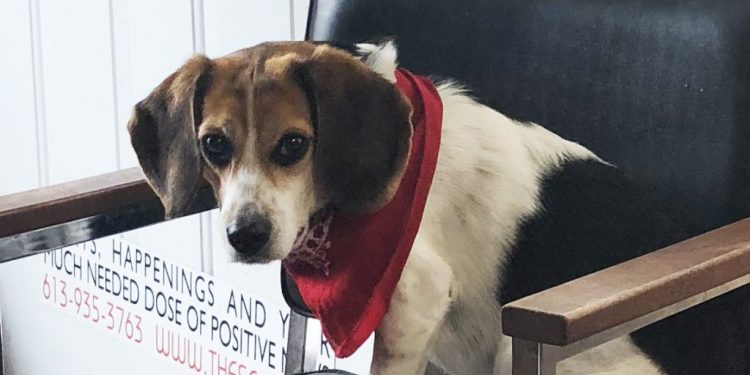 Yes they do. And I’ve adjusted just fine. The Boss Lady has decided she was gonna make a good boy out of me and has seriously taken on the task of training me. Don’t tell her, but I’m training her too!

I’m doing GREAT! I listen more and more each day and I hardly have any more accidents. I think they finally realized that when I stand at the front door or the side door, it means I want to go for a walk so I can pee! I don’t mind pooping in the yard, but I don’t like my green to be smelly! That’s why I much prefer going on a telephone pole. And I mean every. Single. Telephone. Pole.

My humans have come a long way! They respect my boundaries, and I respect theirs. It’s a mutual thing, ya know!

Last Sunday, the boss lady and the boss man left on a trip overnight. I was left to watch the kids. She told me, before leaving, to make especially sure that the 17-year-old didn’t throw a party. I was ready for battle if he tried anything. I take my responsibilities very seriously.

He was a good boy, so I spent extra time with him on Monday.

I was in his room watching him play video games when I suddenly felt weird. I felt weak, my legs didn’t seem to want to carry me, and I couldn’t control my tongue which was flapping around like crazy, saliva drooling everywhere! The teenager quickly got me and was trying to make me snap out of it. “Gilbert! Gilbert! What’s wrong? Are you ok Gilbert?” he was saying.

I wasn’t ok. Next thing you know, all the muscles in my body seized, throwing me on the floor, unable to move, barely conscious of what was going on around me. Thank God it didn’t last very long.

The teenager took me to the doctors. They call him “Dr. Vetrenatrian,” I think. After briefly looking at me, he said I was ok. He couldn’t say much more without taking blood out of me, he said. I told him “OVER MY DEAD BODY!” and I left walking the human back home.

When the boss lady came back, she said I would have to dog-up and have the blood tests done if I have another one of these. I sure hope I don’t! It was really scary.

Good think is, after this, everybody sure is really nice to me now.