Rally of striking city workers delivers strong message to the City of Cornwall: “Come back to the table and negotiate a fair deal” 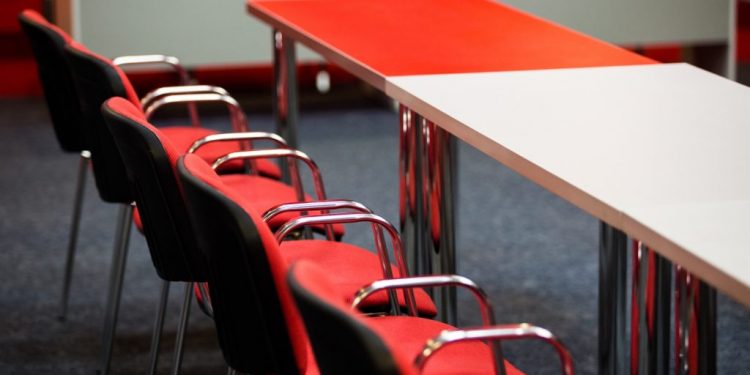 CORNWALL, ON – Hundreds rallied at Cornwall City Hall today, in support of the now four Canadian Union of Public Employees (CUPE) locals who are on strike. Inside workers joined the three other locals (paramedics, outside workers and library workers) who have been out on strike for nearly a week. As of this morning, roughly 400 city workers are now on strike.

CUPE Ontario President Fred Hahn brought greetings to the strikers. “Workers across Ontario are standing with you as you fight concessions and pursue a fair deal. Ontario municipalities are watching how you are standing together here in Cornwall, and let me tell you, you are a model of solidarity. Cornwall City Council must understand just how tough you are – and they must do the right thing and send their negotiators back to the table to end this.”
CUPE negotiators have questioned why the City will not return to the bargaining table, with many vital services now seriously reduced or ground to a halt. “Why would they not be doing everything possible to end this strike?” said Amanda Palieps, president of CUPE Local 5734, representing paramedics. “We are here. We need a reasonable, willing partner to bargain.”

Concessions and wages have been the main factors that caused the strike. Said CUPE National representative Alison Denis, “We’ve not heard from the City since two days before the strike started. It’s amazing to us that they were not working around the clock with us as the deadline approached. And now we’ve been out nearly a week, with a growing strike, and still – where are they?”

CUPE sent the following letter to the City this morning, and we await a reply:

Having not seen you since last Tuesday, we are writing to check in. We remind you that we remain available to bargain a fair deal to resolve this strike. You know and we know that this strike will get resolved at the bargaining table, but both parties need to actually be here in order do this.

We hear rumours that the City is keeping people off the job in order to save money. We can’t imagine that you would prolong a strike and deprive Cornwall residents of vital services for that reason, but we do wonder why you are not at the table, working hard with us to resolve this dispute.

Come back to the table and talk. We’re here.

All Candidates Debate hosted by Cornwall Chamber of Commerce