by Editorial Board
in News and Announcements
Reading Time: 2 mins read
35 0 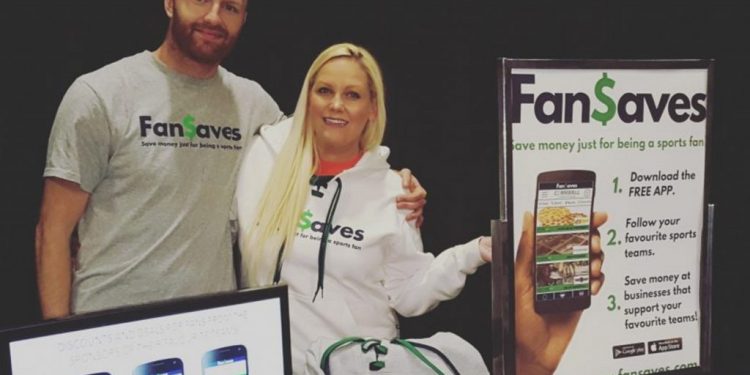 Cornwall, Ontario – A local tech startup, FanSaves, is heading to Boston. The business was chosen as a top 100 semi-finalist in TechCo’s Startup of the Year competition taking place October 15-17 in Massachusetts.

“We are beyond excited! This is like the Olympics of Startup Competitions! We applied months ago on a whim and could have only dreamed to be part of this elite group of startups” said Shannon Ferguson, FanSaves CEO.

According to their website, “TechCo has been bringing together and showcasing early-stage startups since 2006. Their mission is to discover and support the most promising and innovative startups in the world.

In doing so, they have had the pleasure of meeting and helping to amplify the stories of some great companies like GrubHub, Groupon, LivingSocial, AddThis, Desk, and Uber”.

The competition has been around since 2006 and last year’s event showcased startups from over 43 U.S. states and 46 countries.

FanSaves was created last year by Ferguson and Kris McCarthy as a way to help junior and professional sports teams increase their sponsorship sales, a pain point that they often felt themselves while working in the sports industry.

Since then, they have pivoted to include Cornwall Tourism on their platform, offering over 40 discounts and deals from businesses in and around the area. The pair has also hired two new people to join their team and is currently scaling into Ottawa, recently meeting with the Senators and OSEG (the Redbacks, Fury and 67s).

“The fact that we’ve been having such positive meetings with these big teams is really reassuring and it’s great they see the value that FanSaves can bring to their teams,” said FanSaves COO, McCarthy.

Their app works like a digital coupon book and gives people discounts and deals from establishments that sponsor or support teams and cities. The platform is currently undergoing a complete redesign set for unveiling at the beginning of October.

They are excited about the growth that is taking place.

“Our goal is to bring lots of jobs to Cornwall, specifically in the tech and marketing sectors. We have chosen this city for our headquarters and we have a lot of people interested in joining our team. We believe that we can really put Cornwall on the map with FanSaves” said Ferguson.

The Startup of the Year competition will be a big milestone for this local business and will put them on an international stage.

The FanSaves app is currently available for download for free on the App Store and the PlayStore.

Letter to the editor regarding FoodFest